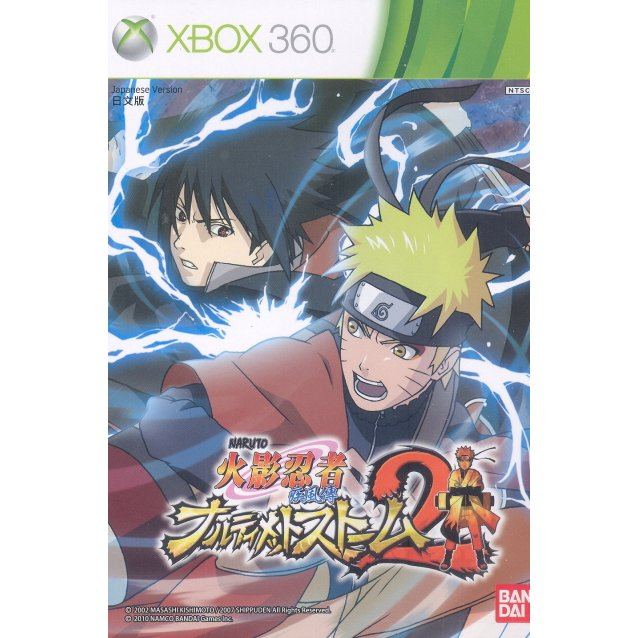 The ninja wars between the villages are not over. Ninja Storm 2 spans the whole Shippuden series, from the first episode to the latest arc. A total of 40 ninjas are joining the fray this time, call out the power of the tailed beasts, or use the power of the Sharingan when you pit yourself against the overwhelming forces of the ninjas from the opposing villages.

The game graphics are produced under the supervision of Studio Pierrot, the backgrounds are transformed from 2D to 3D, so you can head deeper into the forests or caves during the battles. For the first time in Naruto game history, you can log on to the network to fight other ninjas and by participating in the rank matches, you can win reputation.

If you are familiar with Naruto Shippuden: Ultimate Ninja Storm 2 (Japanese Language Version) [case broken], why not let others know?

[This review is based on another version of this product]
Amano (7) on 27, Nov. 2010 18:49 (HKT)
Beautiful Cinematics & Great Gameplay
Any fan of the Naruto Shippuuden series will not be dissappointed with this game. Be prepared to pull out the greatest combos and master their ultimate jutsus.

One downside within the game is during the animated cut scene fights, where you have to time the input of pre-defined button combinations will prevent you from enjoying the cut scene fights themselves.

Original japanese voice cast used for the game, which provides it an additional touch to the game.