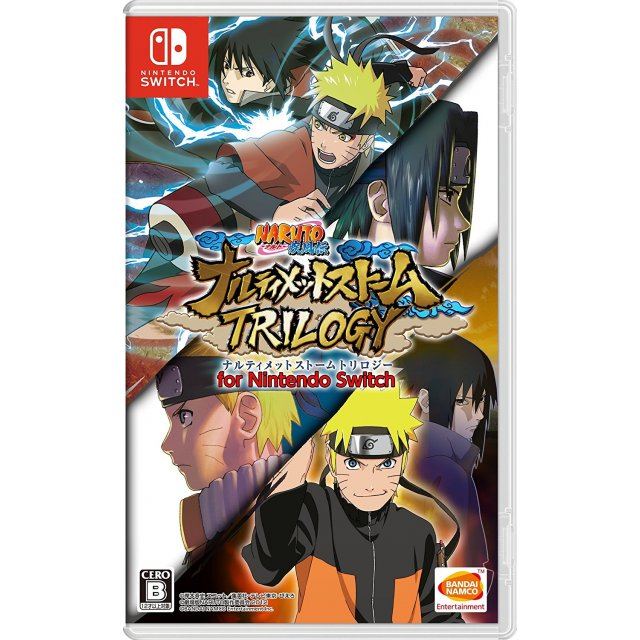 Works on all systems sold worldwide, a correct regional account may be required for online features.
24h In stock, usually ships within 24hrs.
US$78.99
Our previous price:US$ 89.99
You save: US$ 11.00( 12% )
Manufacturer
Bandai Namco Games
24h In stock, usually ships within 24hrs
Price
US$78.99
Our previous price:
US$ 89.99
You save:
US$ 11.00( 12% )
Play-Asia.com Return & Refund Policy
Trustpilot
Trustpilot
Click on a thumbnail to see more pictures for Naruto Shippuden: Ultimate Ninja Storm Trilogy

Developed by Japanese development studio, CyberConnect2, Naruto Shippuden: Ultimate Ninja Storm Trilogy drops players into the Ninja World and gives them the chance to actively experience major battles and fan-favorite scenes with larger than life bosses, adrenaline-pumping quick time event sequences, fast-paced battles, and visuals that rival the anime series it is based on. In addition to the story mode, players can battle against each other either locally or online in kinetic 3D arena battles. The easy-to-understand controls give everyone the ability to have fun pulling off powerful attacks, while the large playable roster means players can choose their favorite characters from the show.

No reviews for Naruto Shippuden: Ultimate Ninja Storm Trilogy yet.