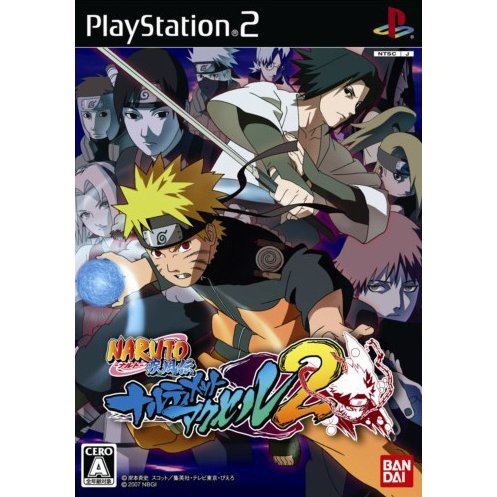 More Charcters,more ougis,more jutsu,more fun
Just one word to describe this game and thats
AWESOME
Naruto fans should not miss this one

If you are familiar with Naruto Shippuuden: Narutimate Accel 2, why not let others know?

Any fan of the Naruto series should check this out.
PikaLink91 (3) on 26, Feb. 2013 18:33 (HKT)
Ultimate Awesomeness!!!
I was very lucky to pick up one of the few copies that were released in Europe, english translated and all but still with japanese voice acting. This is by far the best Naruto fighting game out there, and is definetly a must have for Naruto fans. I even showed it to one of my friends who had only played the newer STORM titles, and he agreed.
The RPG mode is kinda repetative though, and not a huge improvement over Ultimate Ninja 4 (Narutimate Accel), but it's actually a quilty pleasure of mine :3
randylovesmoney (1) on 28, Jun. 2012 14:44 (HKT)
I got the PS2 Japan only version for sale if anybody's interested get at me. randylovesmoney@ymail.com
岸本さん (18) on 25, Jan. 2011 12:20 (HKT)
Best Naruto game ever
This is definitely the best fighting game in the series, It even tops the newer storm games on the ps3.

If your familiar with DBZ games, this is the Budokai 3 of the Naruto series.
1 »