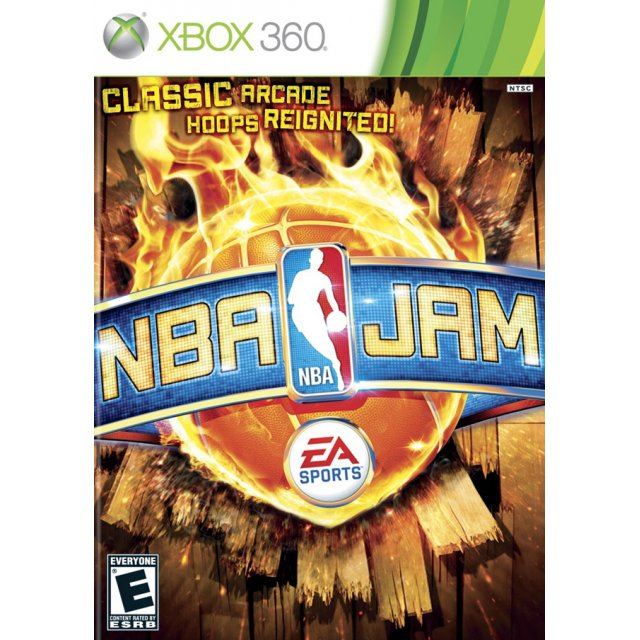 Works on all systems sold worldwide, a correct regional account may be required for online features.
1w Expected stock arrival within 1 week.
US$45.99
Our previous price:US$ 54.40
You save: US$ 8.41( 15% )
Manufacturer
Electronic Arts
Rated By Our Customers
Compatible With Xbox360™ (X360)
Version

Works on all systems sold worldwide, a correct regional account may be required for online features.
1w Expected stock arrival within 1 week
Price
US$45.99
Our previous price:
US$ 54.40
You save:
US$ 8.41( 15% )
Play-Asia.com Return & Refund Policy
Trustpilot
Trustpilot
Click on a thumbnail to see more pictures for NBA Jam

Boomshakalaka! It’s baaaaaaaaack… EA SPORTS NBA JAM™ revives the classic franchise with vintage NBA JAM gameplay, all-new features, and, for the first time ever for the arcade classic, in high definition and featuring online* play. Featuring the sights and sounds that fans of the franchise will instantly recognize, EA SPORTS NBA JAM mixes the old school with the new, to deliver a one-of-a-kind sports presentation on the Xbox 360®.Shoves, spins and, of course, backboard smashing dunks take centre stage with Classic 2 vs. 2 gameplay that lies at the core of NBA JAM. Play with a roster of current NBA players, NBA legends and a few special appearances on the hardwood.At launch, gamers will be able to take on all rivals playing Classic 2-on-2 online for the first time ever, measuring their success on Friends and Global Leaderboards. In December 2010, the online features for NBA JAM will expand significantly through a free title update for connected gamers. In December fans will be able to team-up locally and online to compete in Remix Games, including classic arcade hoop games like Backboard Smash, Domination Free-for-All, Elimination, and 21. Fans will also be able to make it a JAM Party online by inviting up to 3 friends to play. Plus, gamers will be able to take on the world in Online Progression, levelling up through a series of challengers and secret online JAM Challenges to unlock online exclusive rewards and hidden content in the ultimate quest for global bragging rights.With a distinct art style, NBA JAM brings photo realism to the Xbox 360. Unmatched player likeness and reactions exaggerate the outrageous moves that make up the core JAM experience, elevating the already intense gameplay to new heights. NBA JAM on Xbox 360 is a slam dunk!

If you are familiar with NBA Jam, why not let others know?

With up to 4 players, you won't get dissapointed with the modes it comes with the package. Esp. with the 2 vs 2 player online co-op function, you want to keep that basket burning all the time!
smusallam9 (3) on 29, Dec. 2010 13:39 (HKT)
Classic- Jam Lovers Must Buy!
This is a great game. Brings back the days of pumping quarters into the machine to play. The gameplay is great and the new modes are awesome and definitely have replay value. Anyone who loves the classic game play should buy this. I thought it was worth the full price of a game, but if you don't think so wait a few months for the price drop.
1 »