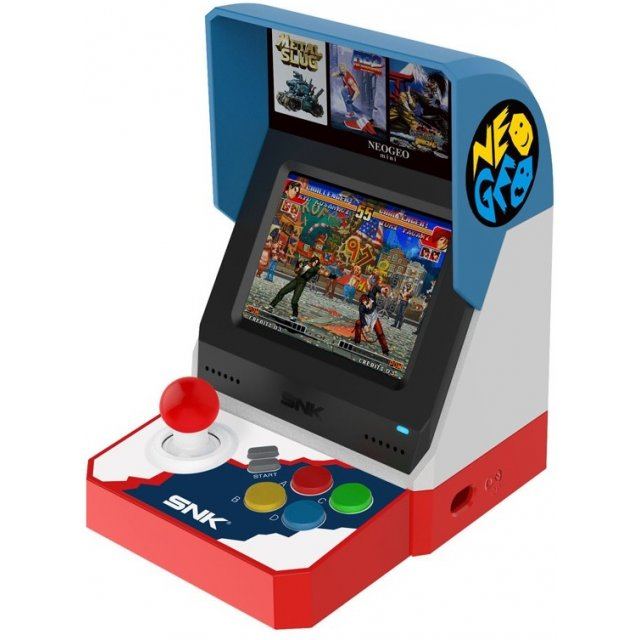 The Neo Geo mini includes forty masterpieces from the Neo Geo era. It’s shaped like a nostalgic arcade machine, and it comes with a 3.5-inch liquid crystal display of its own. This means that you can enjoy the games without the need to connect it to a TV or a monitor.

Neo Geo Mini will include the following 40 titles:

If you are familiar with NEOGEO Mini, why not let others know?

@GUINDAKO (41) on 09, Oct. 2018 23:38 (HKT)
SNK mini arcade
Mini quality Arcade Buttons and stick with a great touch and the screen still and being small it looks perfectly. The only negative point for my taste is that there are too many fighting games. But good is to personal taste. I recommend it 100%