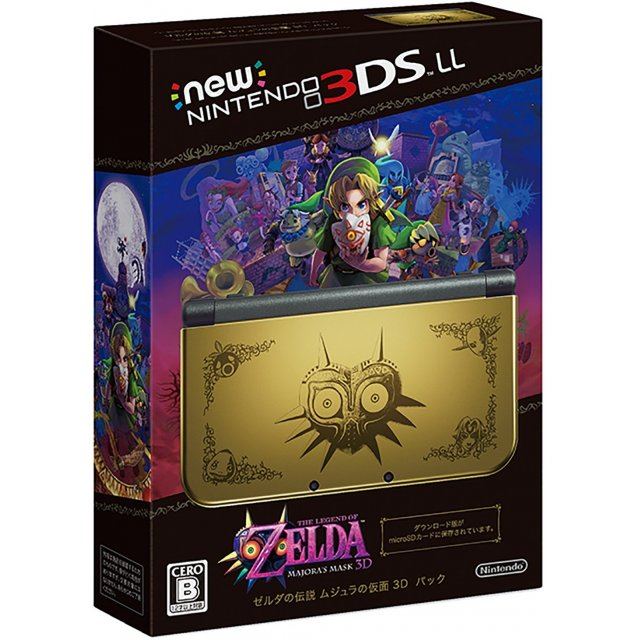 The New Nintendo 3DS features a better CPU than previous models allowing for faster eShop browsing and downloading. It comes with a built-in NFC on the bottom touchscreen for the amiibo NFC models.

The device is based on a custom Pica200 graphics processor from a Japanese start-up Digital Media Professionals (DMP). It has two screens; the top screen is a 4.88 in 5:3 3D screen with a resolution of 800x240 pixels (400x240 pixels per eye, WQVGA) that is able to produce a stereoscopic three-dimensional effect without 3D glasses, while the bottom screen is a 4.18 in 4:3 non-3D touch panel with a resolution of 320x240 pixels (QVGA). The 3DS weighs approximately 8 oz. and, when closed, is 5.3 inches wide, 2.9 inches long, and 0.8 inches tall. The system features several additions to the design of the original DS, including a slider on the side of the device that adjusts the intensity of the 3D effect, a round nub analog input called the "Slide Pad", an accelerometer, and a gyroscope. In addition, there is an infra-red communicator port situated on the top of the unit. The 3DS has two cameras on the outside of the device, capable of taking 3D photos and capturing 3D video, as well as a camera positioned above the top screen that faces the player; both cameras have a resolution of 640x480 pixels (0.3 Megapixel). The system also has 3D movie playback capability. Compatible with both Nintendo DS and DSi games, and a new generation of 3DS games.

Bokujou Monogatari Mitsu no Ri no Taisetsu na Tomodachi
US$ 60.99

If you are familiar with New Nintendo 3DS LL [The Legend of Zelda: Majora's Mask 3D Pack], why not let others know?

sonixx1337 (6) on 21, May. 2015 01:53 (HKT)
One of the best!
This is one of the best 3DS LL's I've had. I really like how they added the C-Stick and ZR and ZL buttons. What I don't like is where the power button is and I don't like how you put the carts in the bottom of the system. And putting new memory is a pain in the ass cause you have to un-screw the back of the system just to put a new micro SD card in.
In all, get this system. You'll just love it!
adam_buckland (48) on 15, May. 2015 03:04 (HKT)
Flawless
The systems case is amazing, the sound, video, and everything else is simply amazing. The exceeds over the past 3DS.
Genesis (4) on 13, Mar. 2015 01:52 (HKT)
Console
It's a great system, worth getting and the Zelda art is wonderful.
musician14thnoah (1) on 11, Mar. 2015 08:13 (HKT)
Amazing Product
I am very pleased with the arrival of my product. It arrived in less than a week and was in pristine condition! I had been looking forward to this product since I found out about it, and very well recommend anyone to buy from this website. You will not be disappointed~!
MisterM (6) on 10, Mar. 2015 12:58 (HKT)
The perfect system for Zelda fans
The console looks and plays great, and so happy that play Asia made this amazing looking handheld available.
If you want a new 3ds and love Zelda then this is for you.