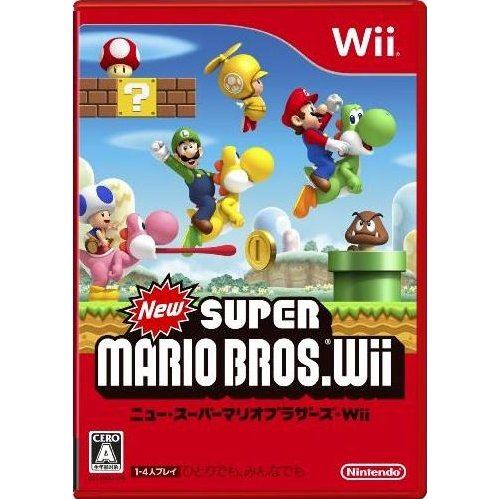 Developers at Nintendo have dreamed of creating a simultaneous multiplayer Super Mario Bros.™ game for decades. The Wii console finally makes that dream come true for everyonethis holiday season. Now players can navigate the side-scrolling worlds alone as before orinvite up to three others to join them at the same time on the same level at any point in thegame for competitive and cooperative multiplayer fun. With the multiplayer mode, the newest installment of the most popular video game franchise is designed to bring yet another type of family entertainment into living rooms and engage groups of friends in fast-paced Super Mario Bros. fun.

Tatsunoko vs. Capcom: Cross Generation of Heroes
US$ 38.99

If you are familiar with New Super Mario Bros. Wii, why not let others know?

ongarchin (82) on 02, Mar. 2011 11:00 (HKT)
Fantastic!!!
It is very cool and very funny. you will have experience with original style mario gameplay. It is the most funny when you play with your friend.
hiro31893189 (2) on 04, Sep. 2010 08:45 (HKT)
best mario ever
It is great game to play with your friends in multi-player mode. it takes time to get used to its control, but it is still fun in over all.
gundamalpha (181) on 02, Aug. 2010 09:38 (HKT)
FUN!
Playing this game with friends is the best thing about this game. So far the only game that beats Super Smash Brothers on Wii when playing with friends.
guyofer92 (4) on 04, Jul. 2010 16:49 (HKT)
very fantastic
this game is very fantastic it is the perfect platforming game of all time. it features new levels, new power ups and even riding on yoshi and 4 multiplayer game and even the familier bosses from previous games like super mario bros 3.
this the game i recommend to you.
chemali_22 (1) on 19, Apr. 2010 18:20 (HKT)
An always funny game
Mario is one of the best videogames icons; this game is particular funny to whose who one play together in family, friends, parties...

A classic game that will be there always.
1 »