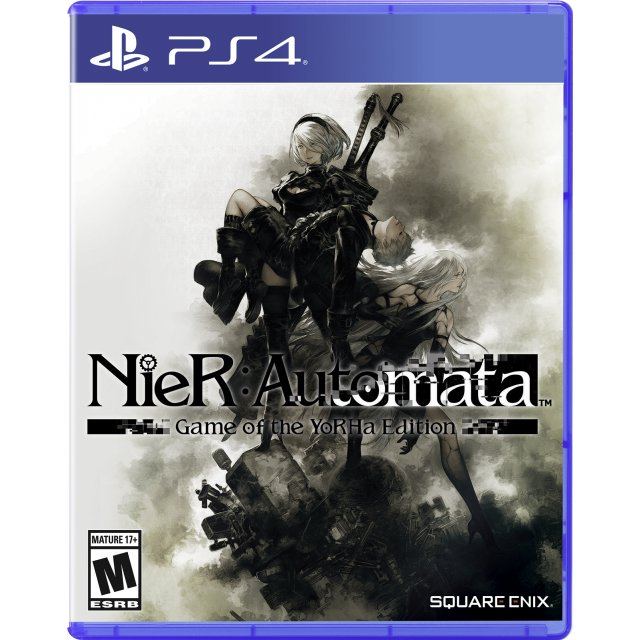 Humanity has been driven from the Earth by mechanical beings from another world. In a final effort to take back the planet, the human resistance sends a force of android soldiers to destroy the invaders. Now, a war between machines and androids rages on... A war that could soon unveil a long-forgotten truth of the world.

If you are familiar with NieR: Automata [Game of the YoRHa Edition], why not let others know?

[This review is based on another version of this product]
Mr. Snake (60) on 24, May. 2017 20:22 (HKT)
Luv it
Nice figure, cool art book, very good for collectors,
[This review is based on another version of this product]
SDAdder (1) on 01, May. 2017 04:56 (HKT)
An underrated masterpiece and cult classic!
Phenomenol soundtrack. Its haunting, yet absolutely beautiful. Its psychologicall disturbing at times. Japanese voice actors really captivate and portray the emotions and horrors that surround you. Gripping story and characters. It will make you question what youre fighting for and if its all worth it in the end. In a few words arguably the most underrated masterpiece of the year. Glory to Mankind!
[This review is based on another version of this product]
1110adrilibra (235) on 13, Apr. 2017 05:55 (HKT)
good only at certain point
the is only good at certain point such as 2B design but other then that the story is pointless never should have write i don't know is this game need a writer i think many can create such story, really really bad, relate to story the character 2B said that emotion does not allow for them Android but in the beginning of the game in the factory level she already show high emotion on 9S even she does not know 9S that well at the point.

emotion technology also really bad i cannot feel the emotion of the character and also goes to character body line texture and hair.

Yes the Japanese version has dual audio and yes the English dubs are absolute garbage. Characters fail to emote, bad voice selection for the personalities of the characters. After listening to various segments I have no idea how people could stand to listen to the English cast. Square carefully supervised 8-4 so the sub titles are fairly accurate.
1 »