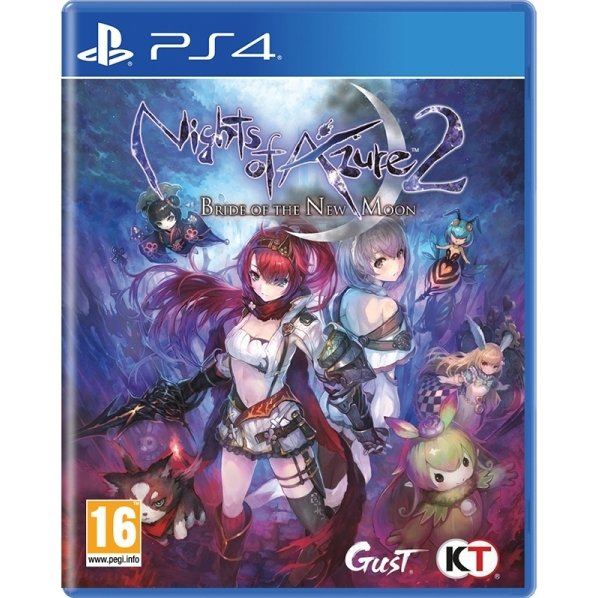 Works on all systems sold worldwide, a correct regional account may be required for online features.
1-2w Expected stock arrival within 1-2 weeks.
US$21.99
Our previous price:US$ 22.99
You save: US$ 1.00( 4% )
Manufacturer
Koei Tecmo Games
Compatible With PlayStation 4™ (PS4™)
Version

Works on all systems sold worldwide, a correct regional account may be required for online features.
1-2w Expected stock arrival within 1-2 weeks
Price
US$21.99
Our previous price:
US$ 22.99
You save:
US$ 1.00( 4% )
Play-Asia.com Return & Refund Policy

Click on a thumbnail to see more pictures for Nights of Azure 2: Bride of the New Moon

Atelier Lydie & Suelle: The Alchemists and the Mysterious Paintings
US$ 27.99

Deception IV: The Nightmare Princess
US$ 17.99

xin_jbr (59) on 20, Sep. 2019 22:27 (HKT)
Great sequel
Graphic improvement, upgraded battle mechanic make this game more beautiful!
Cant wait until the next entry!
msm197311 (32) on 08, Jun. 2018 19:18 (HKT)
Great game great story
Better than the first, they tweaked everything the fans complaint about the first one, and the story is great, AGAIN. Hope this series continue producing such good games