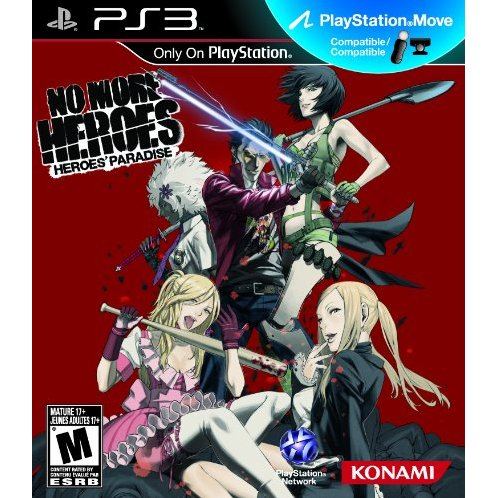 Click on a thumbnail to see more pictures for No More Heroes: Heroes Paradise

Play as Travis Touchdown as you fight to become the world's #1 Assassin! Use Travis's lethal beam katana to eliminate the top 10 ranked skillful killers of the United Assassins Association. After defeating his original boss, Helter Skelter, Travis takes the position of the 11th ranked hitman and begins his meteoric rise to the top!

If you are familiar with No More Heroes: Heroes Paradise, why not let others know?

[This review is based on another version of this product]
johnarickard (1) on 24, Jan. 2020 21:43 (HKT)
Onimusha Warlords Remastered
Absolutely love the Onimusha series and the remaster of Warlords is a welcome addition to all current gen platforms. If anyone is a fan of action adventure games than I really recommend the new remaster. It is especially a treat to the older fans as it incorporates use of the analogue stick which the original on ps2 version didn't have. The only thing which is a bummer is that the original soundtrack has been replaced by a new one which isn't a bad thing as the one is still fantastic but if people had an attachment to the original soundtrack they may feel a little bummed out by it but it is only a minor thing and does not take away anything from the remasters steller return. For anyone reading this who are fans of Resident Evil( same creators of Onimusha) is a must have for action adventure fans. I spent countless hours on the remaster and hope that capcom will give the rest of the series the same treatment that Warlords got! =)
[This review is based on another version of this product]
xxdeadpeacexx2000 (13) on 19, Dec. 2019 13:45 (HKT)
Come and try this Panzer High
Ultimately, Girls und Panzer: Dream Tank Match isnt the perfect primer for Girls und Panzer, nor could anyone expect it to dethrone contemporaryporary tank sims, but taken on its own merits, it's a solidly-built, roundly enjoyable foray into the fun-loving world of Girls und Panzer, delivering a ton of fan service and some engaging combat on top.
[This review is based on another version of this product]
thomassteven40 (2) on 09, Nov. 2019 06:10 (HKT)
Awesome Port
Never got to play this on the PS2 back in the day so had to import it due to being a physical switch collector. Game is awesome. Kind of like Samurais and Sword play meet the original Resident Evil game as far as the controls. Graphics are good as it is a PS2 port. Plays in English and actually started up in English when I put it in my switch. Highly Recommend!
[This review is based on another version of this product]
Lunari (7) on 30, Oct. 2019 10:39 (HKT)
A Great Re-release
This updated release of Onimusha is really fun. The controls are modern, and it makes the game much more fast paced and fun.
[This review is based on another version of this product]
middletonbriana94 (1) on 16, Oct. 2019 22:50 (HKT)
Back Again
Despite not being able to read most the menu option its pretty straight forward to learn what each menu does. The characters are evenly balanced; including the recently added free dlc characters, Wild Blast character have a super mode that has a once per round super attack and Death Blast characters sacrifice health in exchange for power and a super attack. Most character are unlocked quite easily in mission mode; only one in arcade mode, and is an improvement from Battle legends grindy unlocks.
I recommend this game for anyone, its fun by yourself and fun with friends and family.
1 »