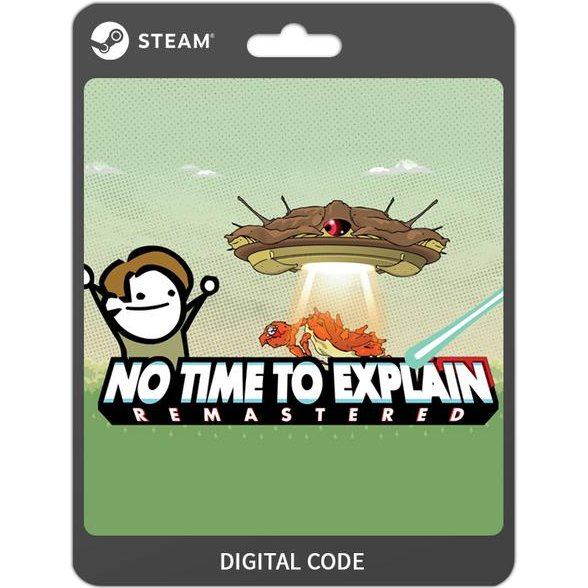 Region Free
This item will deliver instantly in your account. Some orders may be subject to verification by SMS or Voice which may cause delays.
US$3.19
Manufacturer
tinyBuild
Price
US$3.19
Play-Asia.com Return & Refund Policy
Trustpilot
Trustpilot
Click on a thumbnail to see more pictures for No Time To Explain Remastered

"I Am You From The Future! No Time To Explain, Follow m-OH CHRIST!"

Chase your future self through time and alternate realities while fighting giant monsters, collecting hats, and eating cake! No Time To Explain is a game about Time Paradoxes, Jetpack Guns and Ribs In People's Eyes. It's a comedy platformer featuring great music, voice acting and gameplay that becomes more ridiculous as you go.

Wasteland 1 - The Original Classic STEAMdigital
US$ 2.30

No reviews for No Time To Explain Remastered yet.