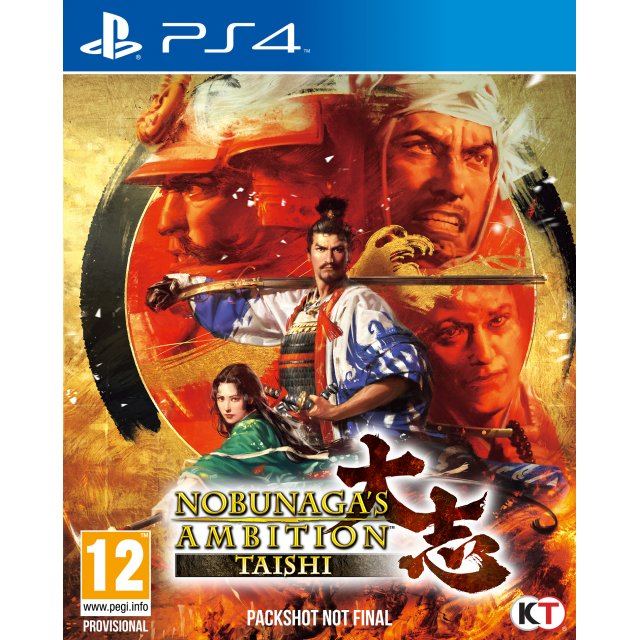 Works on all systems sold worldwide, a correct regional account may be required for online features.
1-2w Expected stock arrival within 1-2 weeks.
US$21.99
Our previous price:US$ 39.99
You save: US$ 18.00( 45% )
Manufacturer
Koei Tecmo Games
Compatible With PlayStation 4™ (PS4™)
Version

Works on all systems sold worldwide, a correct regional account may be required for online features.
1-2w Expected stock arrival within 1-2 weeks
Price
US$21.99
Our previous price:
US$ 39.99
You save:
US$ 18.00( 45% )
Play-Asia.com Return & Refund Policy
Trustpilot
Trustpilot
Click on a thumbnail to see more pictures for Nobunaga's Ambition: Taishi

Marking the series’ 35th anniversary, Nobunaga’s Ambition: Taishi remains true to the long-running franchise’s historical simulation gameplay; allowing players to relive some of the most epic battles and notable events of the Sengoku Era in Japan. The Sengoku Era was a period where regional lords fiercely fought for supremacy, to claim dominance and unite the lands. Players will have to exploit a wide breadth of tactical options to create fresh strategies that allow new ways to gain an advantage over the opponent. Strategies do not only focus on the Military Campaigns but also on managing the Production Facilities and Trade Routes to continuously expand territory and increase the strength of the army.

No reviews for Nobunaga's Ambition: Taishi yet.