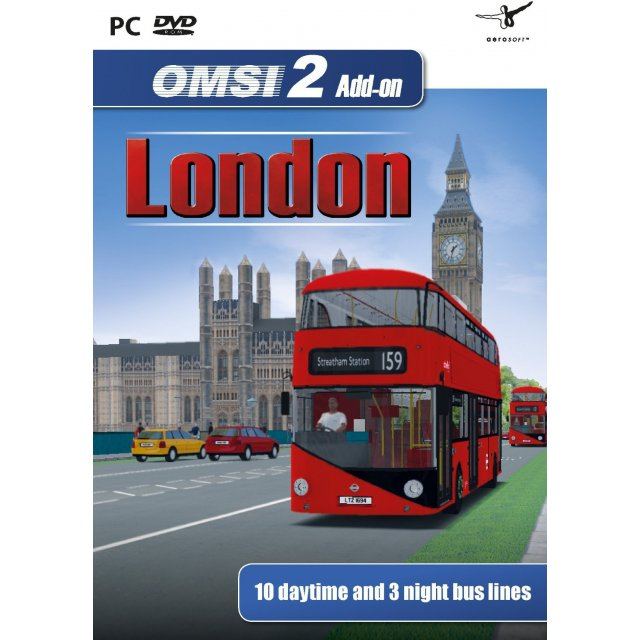 Welcome to London - one of Europe's largest metropolitan areas! For the first time, the popular Omnibus Simulator heads to Great Britain and that means driving on the left! Players can prove they know how to master the big city traffic in the driving seat of one of London's landmarks - the red "New Routemaster". 11 different routes with more than 230 timetables take them through the British capital.

In addition to this bus that was specifically developed for London's transport services, this OMSI 2 extension also includes both the diesel and hybrid variant of the Alexander Dennis Enviro400, along with the Gemini2 and a 12 metre long Citaro.

The New Routemaster which has been created specifically for this map is equipped with many real life features such as a customer service assistant, along with features that appear in the other vehicles like a fully functional iBus system and on-board next step announcements.

The routes in this add-on include several districts of London, among them suburban sectors south of the city center and a lot of city attraction sights in the heart of London. There is a high in-game variety due to the 10 different daytime- and 3 night bus lines, including a 24/7 line. Another highlight is the chronology feature that allows you to recreate the different routes through the ages – and there is much more to discover!