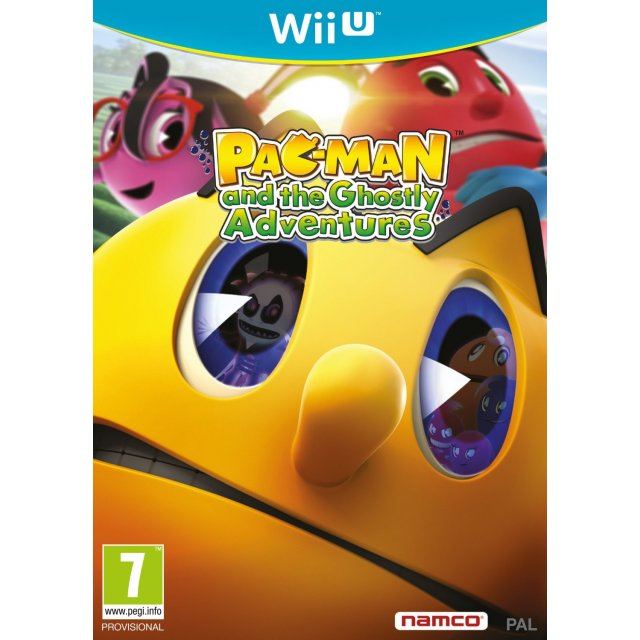 Pac-Man and the Ghostly Adventures

Bandai Entertainment
Compatible with Wii U™ (Wii U™)
For PAL systems only.

Pac is your average teenage PacWorlder, except for two things:• He’s a little rounder than most of his fellow citizens.• He and his family happen to be the only YELLOW PacWorlders on the planet.Beyond that, you’d hardly be able to pick him out of a crowd. That being said, since he’s yellow, he’s fairly easy to spot.Pac is an upbeat gung-ho teenager and his enthusiasm can occasionally get the best of him. When he’s “on a roll”, which is often, he goes rolling around school and around town at a pretty good clip, and he’s been known to crash, bump, slam and bounce into things on a regular basis.Pac is a conscientious kid and not like many of his peers who spend their days chasing the latest fads or coveting the newest high-tech gadgets. The fact is, he wants more than that out of life.Pac wants to make the world a better place and have fun doing it. He wants to know why things are the way they are and when things aren’t working right, he wants to figure out a way to fix them.

No reviews for Pac-Man and the Ghostly Adventures yet.