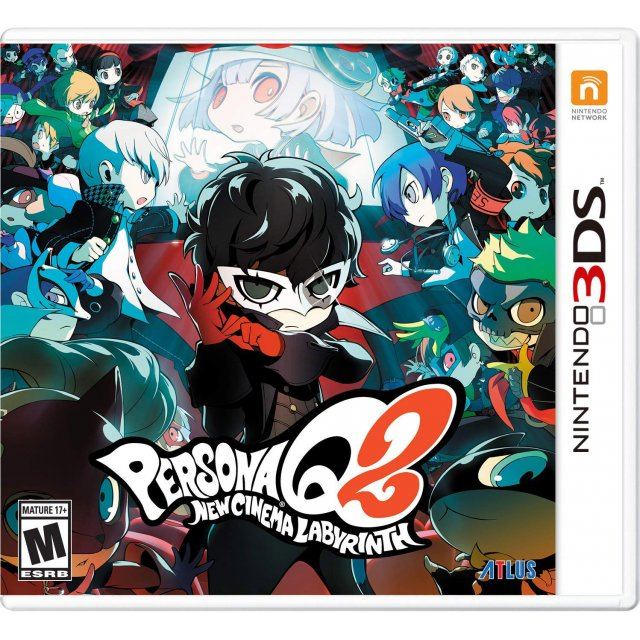 Prepare to face a mysterious world of film in Persona Q2: New Cinema Labyrinth, a challenging dungeon crawler for the Nintendo 3DS. The Phantom Thieves are on another adventure as they find themselves trapped within a series of labyrinthine movies, each with its own unique twists and turns themed after various movie genres. Along the way, you’ll encounter other like-minded heroes who possess the will and strength to help you in your journey. But who is this mysterious girl Hikari, and how will the cast escape from this cinematic entanglement that transcends time and space!?

If you are familiar with Persona Q2: New Cinema Labyrinth, why not let others know?

tastetickles (8) on 30, Jan. 2020 14:21 (HKT)
Good Dungeon Crawler
This is my first time playing the Persona Q series on the 3DS. The pacing of the game is just right, storyline mixed in with anime cut-scene makes the plot easy to understand. Minimal grind was required to deck characters in the best gear. The only sad part is this game doesn't make full use of the 3DS XL's 3D which i like a lot.