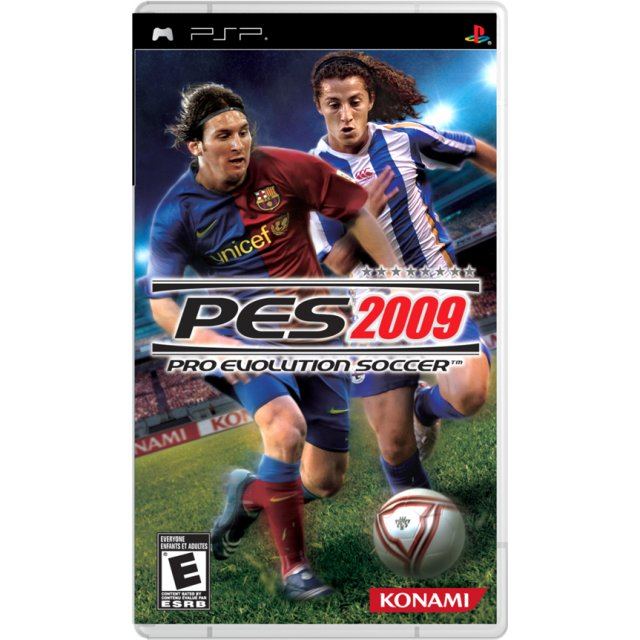 Works on all systems sold worldwide, a correct regional account may be required for online features.
1-2w Expected stock arrival within 1-2 weeks.
US$19.99
Our previous price:US$ 24.90
You save: US$ 4.91( 20% )
Manufacturer
Konami
Compatible With Sony PSP™ (PSP™)
Version

Works on all systems sold worldwide, a correct regional account may be required for online features.
1-2w Expected stock arrival within 1-2 weeks
Price
US$19.99
Our previous price:
US$ 24.90
You save:
US$ 4.91( 20% )
Play-Asia.com Return & Refund Policy
Click on a thumbnail to see more pictures for PES Pro Evolution Soccer 2009

If you are familiar with PES Pro Evolution Soccer 2009, why not let others know?

[This review is based on another version of this product]
75c (419) on 03, Dec. 2011 09:11 (HKT)
Decent soccer game
The FIFA series is still better. However visually this game has improved, although player models still don’t have the detail or massive library of animations that can be found elsewhere. The gameplay changes hurt more than help. But the UEFA Champions League license is definitely good.
[This review is based on another version of this product]
michalblch (3) on 07, Jun. 2011 22:38 (HKT)
Fantastic game!!!
For that price is the best football game You can buy. Everything is in English, so there's no problem with understanding. Really realistic and fun to play. It doesn't have all of the licences, but the 'edit mode' works great.
charles_filho (25) on 06, Jun. 2010 00:24 (HKT)
PES Pro Evolution Soccer 2009
A good soccer game
[This review is based on another version of this product]
huangwei (1) on 02, Dec. 2008 23:17 (HKT)
A better game than pes2008
I bought one copy on the fist release day. After playing several days, I found it's better than the last one in the series. And the most impressive improvements are authorized CL and becoming a legend mode. Especially the latter, which can make you a pro and live in the world of football. I assumed this mode is a time killer. I am afraid I can seldom play other games if I really addict to it.