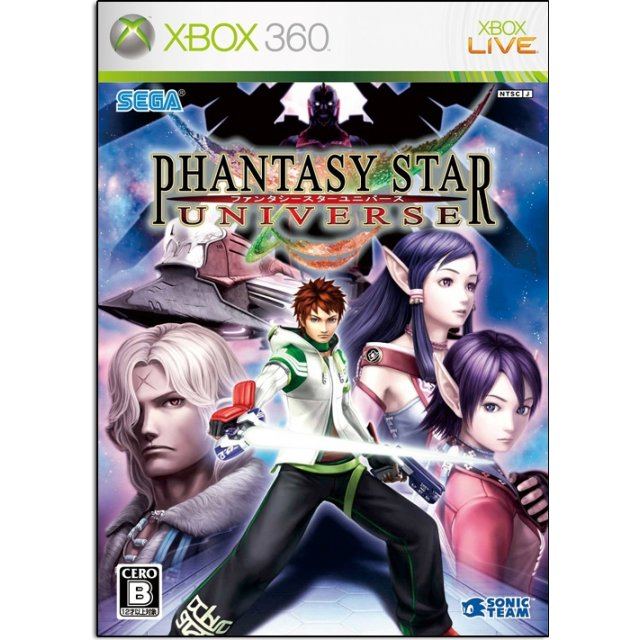 If you are familiar with Phantasy Star Universe, why not let others know?

[This review is based on another version of this product]
game (63) on 17, Dec. 2010 13:24 (HKT)
PSU: The Offline Side
I should make it clear from the start that this is a review of only the offline portion of the game. So don't think of this review as giving a full perspective on the game because really only the online portion is the selling point for some.

Because I only played the offline portion of this game, my initial impression was that it reminded me of the .hack// series -- playing a single player game in a pseudo-MMORPG setting. The only difference from the .hack// series is there really is a MMORPG to be played. While it is not completely accurate to describe them as similar, on a loose basis they can be, especially in terms of the battle system. You run around with two other AI-controlled players and battle enemies as you encounter them. In PSU, there is no transition from exploring to battle, so it helps keep the pacing. The battles feel frantic enough that it doesn't feel like just mindless attacking. Don't get me wrong, it has it's fair share of button mashing, but unlike other real-time action RPGS, I found myself making more often making defensive moves.

The visual presentation is good, but nothing spectacular. Trying to be as objective as possible for a past generation game, I still found the characters to be a bit lifeless looking. A lot of the animations don't really convey much energy, so it is not as engaging as other games (though that could just be modern day bias). The sound design is on a slightly higher level. The music is fitting and so are the character voices.

For a single player game, I consider this to be a good game. But I feel that the main intention of this game was to be played online with many other players. Unfortunately, I was a bit late and did not get to experience this. If you enjoy MMORPG style games and don't mind playing by yourself, then you may want to try this out.