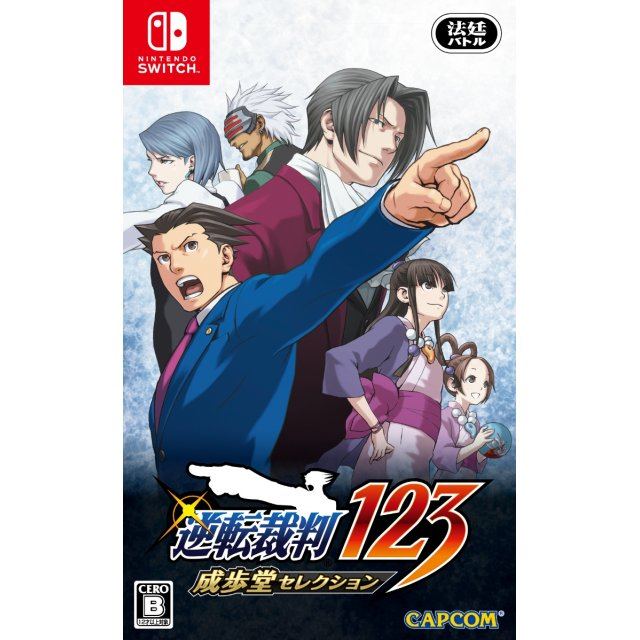 gabitxunorazoaz (1) on 28, Sep. 2019 18:57 (HKT)
Fantastic series!
I played these games back on DS and I just purchased it as a gift to my girlfriend, who has never played any of the AA games. They're all wonderful. However, the artstyle of these games really loses lots of its charm in these HD versions, and the fact that the available languages have been GREATLY reduced from its DS releases forces me to drop the rating. I want to give it 3 stars, but deep inside I know it deserves a minimum of 4.
WhyAmIHere (2) on 27, Aug. 2019 20:28 (HKT)
Fantastic series for a great price
I was nervous while trying to order this game, as this would be my first physical release that wasnt released in my foreign language, but as soon as I put the cartridge in, it was automatically switched to English, turning away my worries! The game plays exactly the same as I would have hoped, and am happy to include this game in my collection any day
wolf1486 (7) on 05, Jul. 2019 09:28 (HKT)
Big Screen Lawyering
It's awesome to finally be able to be Phoenix Wright on the big the screen!
cesc_larenas1 (1) on 27, Jun. 2019 04:46 (HKT)
GREAT
The game works excellent and it gets to english language as soon as you put the cartridge on your Nintendo Switch. Still, I can't believe this game only has 2 languages to play, as English and Japanese are the only options depending on you system's language. I've played this series in full spanish before on my Nintendo DS so, I know it exists, so come on Capcom, update the game and get more languages!
foolio_1 (1) on 25, Jun. 2019 22:01 (HKT)
A Physical Release
I love the Phoenix Wright series, but I am always disappointed when the US gets left out of physical copies of the series. As a collector, I was really happy with this purchase because now I can have all the original three games remastered on my Switch, preserved in cart form that I can place with the rest of my collection.

This dual-language version was perfect--as soon as I popped it into my Switch it automatically recognized the English version. I didn't have to do a thing except start playing! However, I could not redeem the MyNintendo points, but that wasn't a huge deal. Just happy to have a physical copy of the collection!
1 »