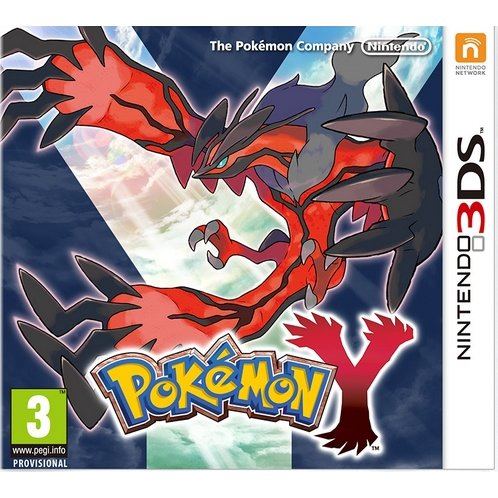 For the 6th Generation of Pokemon, one can expect a few things. Namely the rumored count of over 700 Pokemon and the first main series to be presented all in full polygonal 3D graphics! For those new to this venerable video game craze, the concept is simple: travel the world as a Pokemon trainer and capture Pokemon for use in exciting tournaments – each battle consists of deceptively deep RPG tactics and game theory strategy. Master this in game and eventually approach the global arena with the online functionality of the Nintendo 3DS!Become the Pokemon Master of the World!Coming soon to Nintendo 3DS™, Pokemon™ X adds a new dimension of strategy to the incredible Pokemon series.The never-before-seen Fairy-type Pokemon, which are super effective against Dragon-type Pokemon, make their debut in this epic adventure. The first new Pokemon type for over a decade, they include the manipulative new Pokemon Sylveon, as well as past favourites such as Jigglypuff, Marill and Gardevoir.You can interact with your Pokemon in a brand new way too, thanks to the Pokemon-Amie. Using your touchscreen to build a special bond, you'll help your team of Pokemon to become stronger for future battles.

If you are familiar with Pokemon Y, why not let others know?