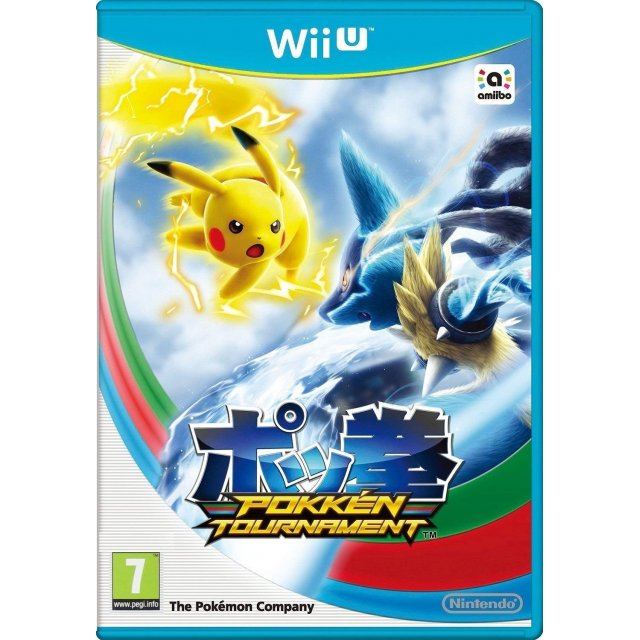 In Pokkén Tournament, Pokémon appear more lifelike than ever before, with amazing graphics and smooth, fluid movements. You will love seeing and battling with your favorite Pokémon.

True to its legacy, this game brings tight gameplay and incredible control to never-before-seen battles between Pokémon. The gameplay is designed to be enjoyed by a wide range of people—even those who have never played a fighting game or an action game before can easily pick it up and play!

If you are familiar with Pokken Tournament, why not let others know?

This game also has some similarities with Dragon Ball Z Budokai series in that you enter HYPER MODE (Mega-Evolving).

You also have helper Pokemon, but I never understood how they worked. It seems like you can use only 1 of the 2 helper Pokemon once per round.

For a game with Tekken controls on a Wii U gamepad, I can say that they are very solid and respond very well. But I feel like the gameplay is too similar to Tekken, but the camera changes anytime you do a special move like in Dead or Alive for 3DS.

There only seems to be about 15 characters, most notably with Dark Mewtwo and Charizard. From 800 Pokemon, I am sure they could have made the game have at least 50 characters. I imagine Nintendo will turn this into a DLC pit.

I gave this game only a 3 star rank because I felt like it was a relatively boring, recycled game. The game overall is solid, I just recommend it if you are not into games like Smash Brothers DX.