In stock, usually ships within 24hrs 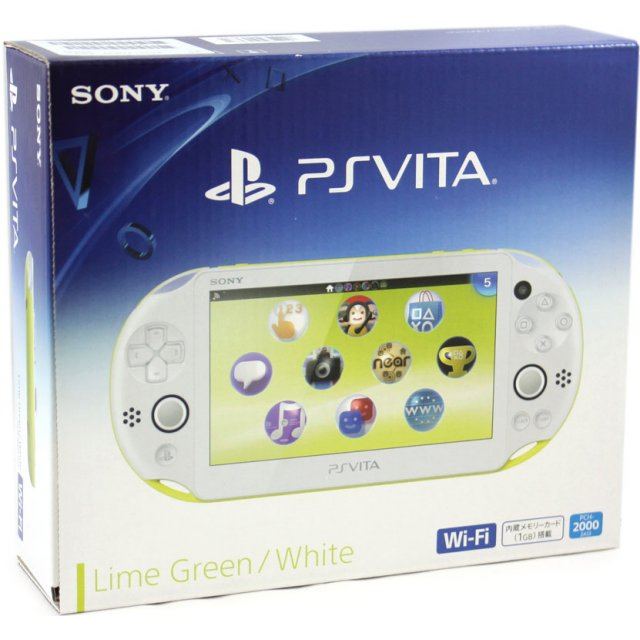 If you are familiar with PS Vita PlayStation Vita New Slim Model - PCH-2000 (Lime Green White), why not let others know?

tyguy723 (1) on 24, Aug. 2015 22:09 (HKT)
Simply Amazing
I had ordered this with my own birthday money and was a little apprehensive on importing, but with the Vita being region free I was more comfortable with the purchase!

Shipping was really fast, I got the standard shipping and received it 4 days later!

Also, for those wondering about the button ordeal, you can make a custom button assignment in the settings, so the X & O button debate can be put to rest on the naysayers of importing :)
fnb_ (3) on 24, Jan. 2015 09:13 (HKT)
Happy
I wanted a vita since the beginning but I never bought one due to the fact that they never released a white version in my country. I finally saved the money to buy it here. It looks, plays and even smells great! (Only downside is Fedex let me pay a lot to get it to me...)
coedysw (2) on 21, Dec. 2014 04:26 (HKT)
Love it
Love this Vita (got the lime green). I have it covered with a silicone case covering the buttons as well with screen covers on the front and back. Wifi is quick even though the bandwidth in my current residence is low (in the 10s-15s). Picture quality is colorful and crisp, both oldschool games (FFVI) and newschool games (PSABR, Flower) look great. I watch anime on FUNimation on it too with buffer free streaming and the sound and video are great as well! May consider getting a grip as the more button heavy mashing games make your thumbs cramp.
kevinzhang2012 (1) on 17, Sep. 2014 15:33 (HKT)
Nice color
lime green looks perfect. Also got a free pouch thank you PlayAsia
gato26 (83) on 06, Jul. 2014 11:25 (HKT)
I got the Lime Green and I'm Happy
Love the console. 5 stars all the way. It's beatiful. If your are PS Plus member, you should look out for the monthly free games.
1 »