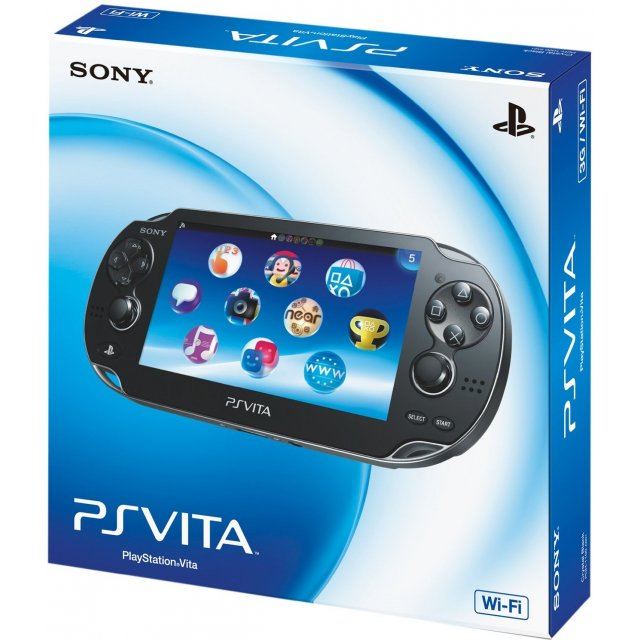 Vita means life. The PSP Vita blurs the line between entertainment and real life. The newest portable console from Sony comprises everything gamers, music lovers and photo fanatics want. The 16:9 screen shows 16 million colors and supports a touch screen, at the rear, there is another touch pad. Your every move counts, the six axis motion sensing system and the three axis-electronic pass push portable gaming to a new dimension. Cameras are installed in the front and in the rear, they can take videos at 120fps at QVGA and 60 fps at VGA. The picture resolution can go up to 640 x 480. The console also connects gamers together in a new way, gamers can talk to others with the in-built microphone, and the Nair feature, that allows gamers to find out what game the stranger in the bus is playing and what is hot right now.

If you are familiar with PSVita PlayStation Vita - Wi-Fi Model, why not let others know?

biorock4891 (83) on 10, Mar. 2012 19:11 (HKT)
Not living up to the hype
The ps vita is a great gaming handle but it's not worth all the hype that people make it out to be. I'm still looking forward for many great games for it. 3DS & PS Vita in my hands now my gaming needs are complete. (⌒▽⌒)
minatoysohype (6) on 08, Feb. 2012 04:28 (HKT)
This. This is the front line of next gen portable gaming.
This game system is "it". The "it"people have been looking for in portable devices for a long time. I have a 3DS, and i have this. And i must say, this has taken the cake. Dont get me wrong i adore my 3DS, but the gaming just doesn't feel as "in depth" as with the Playstation Vita. For some reason when playing a 3DS title, even if it is an in depth game like Monster Hunter tri G, i still get the feeling of a...temporary portable gaming experience...kind of the feeling i get from playing an android market/ipod/ipad game. Not many are in depth. Most of them are just those games that you just try to get a highscore in, and even though 3DS has pretty much none of those, compared to the PSV, i'm getting a bit of the same feeling. But, they both do what they aim to do pretty well. With the psvita, the world of the game actually feels more solid and present, and it feels great to have that sort of gaming experience in the palm of your hand. The graphics, the analog sticks feel great, back touch pad is 100% responsive, as is the front screen, and I'm having a blast. I'm not a sony fan boy, I love both nintendo and sony and think they can both do great at what they aim for, but this game system has won the battle in terms of portable gaming for now. Haven't put it down, don't plan on doing so anytime soon.
orni (1) on 07, Feb. 2012 15:57 (HKT)
I love it ! x)
whowhatwhy (1) on 26, Jan. 2012 11:12 (HKT)
I Love It and Hate it.
The console looks stunning and outputs games that look better then the Xbox 360, now thats an impressive feat to say the least. Both the touchcreen and touchpad are very responsive and accurate. Sound quality is also good but its a little on the quite side.

The reason i gave it 4 stars is because of its Display, don't get me wrong black levels are second to none, viewing angles are insane and colours pop out. The problem is common in cheap AMOLED displays, something similar to dead pixels but these only show up on certain scenes and loading screens. Almost like water marks under the screen.

Clearly Sony skimped out on the quality control department as pretty much every vita i've seen has this "Staining" problem. Another magor problem is the fact that you will need to buy a relatively expensive memory card since most games just refuse to work without one, EG: "Uncharted"
dondrao (3) on 21, Jan. 2012 22:33 (HKT)
Great Console!
I'm very happy with the PS VITA. It's a great new experience of portable gaming!
1 »