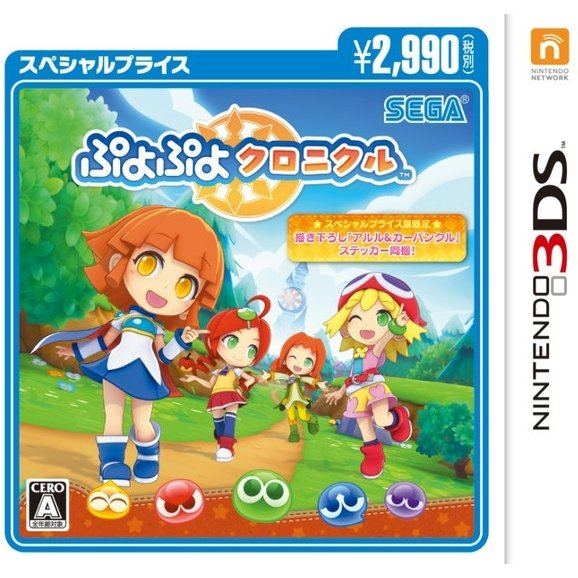 Arle and Carbuncle were playing together in Primp Town when suddenly, a mysterious picture book appears.

She thought what appeared before her was one of Satan’s tricks, but Satan was acting strange and disappeared off somewhere…

There, they meet a mysterious girl named Allie, who for some reason refers to Arle as a hero. Set off on a grand adventure in order to return Arle and Carbuncle back to their original world!

No reviews for Puyo Puyo Chronicle (Special Price) yet.