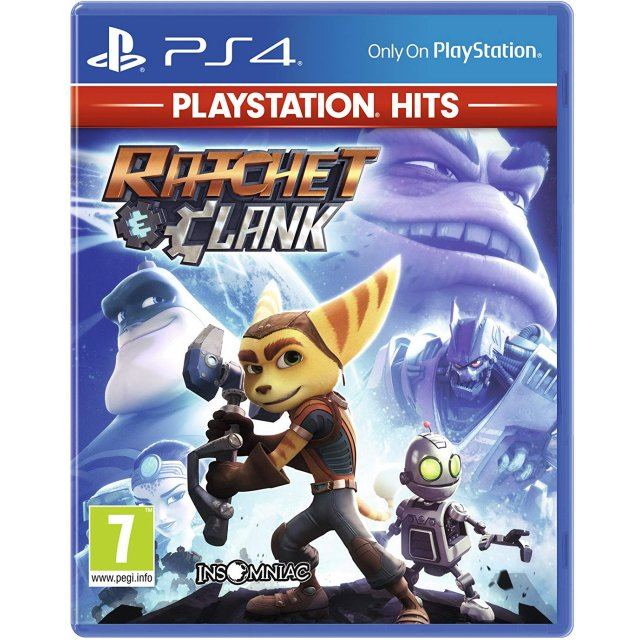 Works on all systems sold worldwide, a correct regional account may be required for online features.
24h In stock, usually ships within 24hrs.
US$19.89
Our previous price:US$ 24.99
You save: US$ 5.10( 20% )
Manufacturer
Sony Computer Entertainment
Rated By Our Customers
24h In stock, usually ships within 24hrs
Price
US$19.89
Our previous price:
US$ 24.99
You save:
US$ 5.10( 20% )
Play-Asia.com Return & Refund Policy
Click on a thumbnail to see more pictures for Ratchet & Clank (PlayStation Hits)

Ratchet & Clank blasts onto PlayStation®4 for the first time, with a new game based on elements from the original Ratchet & Clank (PS2™). Ratchet & Clank (PS4™) takes a deeper look at the characters’ origin stories and modernizes the original gameplay. Featuring several new planets, all-new bosses, new Clank gameplay, new flight sequences, and much more – with completely new visuals constructed to use the power of the PS4.

If you are familiar with Ratchet & Clank (PlayStation Hits), why not let others know?