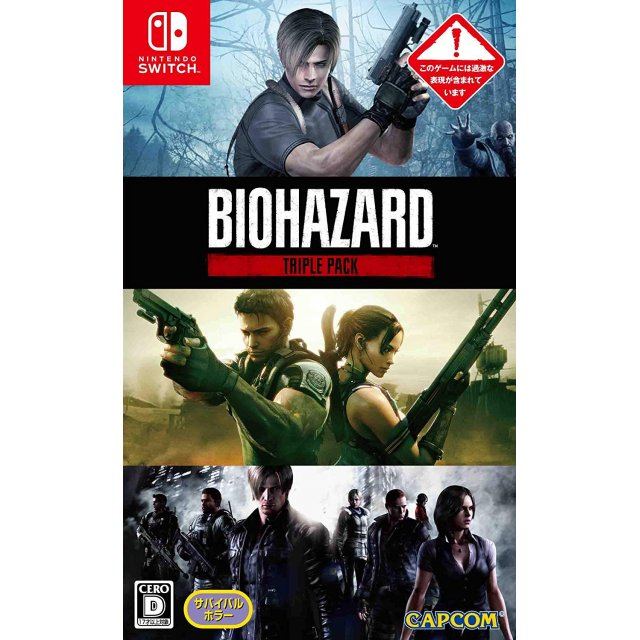 Works on all systems sold worldwide, a correct regional account may be required for online features.
24h In stock, usually ships within 24hrs. (Only 1 left in stock.)
US$69.99
Limited time offer - Secure yours now before the offer expires!

Manufacturer
Capcom
Rated By Our Customers
24h In stock, usually ships within 24hrs
(Only 1 left in stock.)
Price
US$69.99
Play-Asia.com Return & Refund Policy

Resident Evil 4
Ushering in a new phase in the Resident Evil franchise, this game focuses on the events following the dissolution of Umbrella Corporation. The pioneering over-the-shoulder camera perspective is a departure from the fixed-camera views found in earlier entries, allowing for unrivaled action gameplay which has been met with widespread critical acclaim.
In the wake of the completely unprecedented biological disaster of Raccoon City, the corporation exposed as the initiator of those atrocities, Umbrella, has been dissolved. Leon S. Kennedy, a survivor of the incident, has gone on to become a special agent in the direct employ of the president of the United States. The president's daughter has been kidnapped, and Leon has followed eyewitness reports to a cold village in Europe. In that village, a new intrigue awaits...

Resident Evil 5
One of the most popular Resident Evil titles can now be played on the go, featuring Chris Redfield and his partner Sheva Alomar, as they venture to the heart of Africa to investigate an outbreak. Featuring single-player and co-op modes.

Jump into the fray either solo or in 2-player co-op in 4 dramatic chapters of the campaign. Some missions even feature additional random matchmaking with other players for unique 4-player co-op crossover boss battles. For more multiplayer action, head into one of the extra modes such as Survivor - which pits up to 6-players head-to-head in a heated battle.

If you are familiar with Resident Evil Triple Pack, why not let others know?