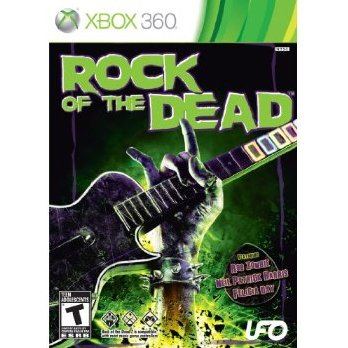 With the guitar as your weapon of choice you'll journey through terrifying graveyards and sewers, battle the undead to protect your trailer park home, and even rock in front of the camera as you do battle at the television station. Use the power of rock to unleash a sonic blast on a group of flesh eaters, raise the guitar to the heavens to power a protective shield, or just strum the hard and heavy tunes as you riff your way through the infected masses to the sound of a rocking soundtrack. The fate of the world, as well as rock and roll itself, is in your hands.

If you are familiar with Rock of the Dead, why not let others know?