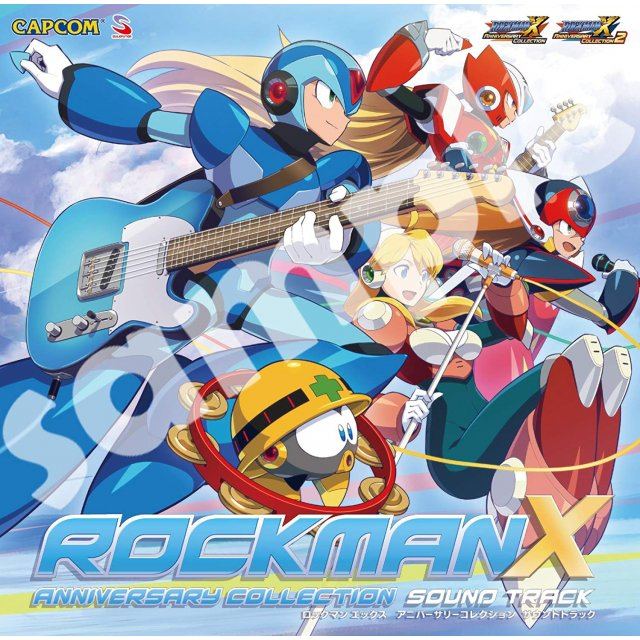 If you are familiar with Rockman X Anniversary Collection Soundtrack, why not let others know?

Aalt (74) on 07, Sep. 2018 16:00 (HKT)
Not exactly high quality
It's not too often I have high expectations for a soundtrack. RMXA Collection Soundtrack disappoints.

While the choice of instruments is for the benefits of the songs, fat slappy bass doing justice to X's themes, the soundtrack is repetitive. The fist song, The World of X, is a very short loop of melody rather than a full-blown instrumental on its own right.

I'll get to the point; outside Give it a Shot (which appears twice on the disc), this soundtrack has no worthwhile songs. Choosing Boss Battle themes as game representatives is weak, as they've never been best parts of respective games' soundtracks. This should've been multi-CD release with more selected tracks from each game. Instead, it feels like a vehicle to drive RE;FUTURE, which appears three times on the disc. Orbit has two versions, both something most would skip after one listen. Out of 28 songs, seven are repeats, six are spend on Boss Battle tunes and the rest are very non-descriptive nonsense.

This collection is not worth the money it now goes for. The only reason why it doesn't get that coveted One Star is the first thing mentioned; the instruments choice were great.