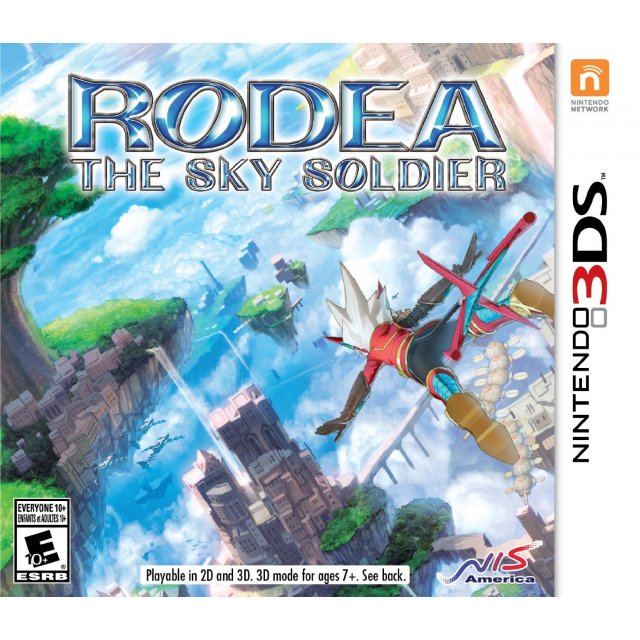 Do you rememberthe announcement ofRodea: The Sky Soldierway back in 2011?Kadokawa Games'president Yoshimi Yasuda confirmed back in July that it is still alive, and we now have a Spring release set for thisNiGHTS-style action game!

Rodea: The Sky Soldierstarts on the floating continent of Garuda. Your journey begins when a curious young girl named Ion ventures into ruins and reactivates the fabled robotic Majin soldierRodea.After waking from a 1,000 year slumberRodea's memory is no more, except forthe recollection of a"fierce battle from the past" and the face of a girl who looks like Ion.

As all thisunfolds, the Machine Empire Naga has been revivded after1,000 years of dormancy.Seemingly to be the antagonists of the title, theiraim is to take control of the 'Gravity Energy'that resides onGaruda and use it to power their invasion of mechanical soldiers.

In order to protect the confused and frightened people of Garuda, Rodea and Ion step up to face the machine army.

If you are familiar with Rodea the Sky Soldier, why not let others know?

rhadnard (38) on 15, Jul. 2017 06:18 (HKT)
Not to bad
The game has some huge bosses where you need to fly around and hit weak points, there's a limited time flying and refills for that time, the game is a little repetitive you do the same thing over and over, but every map is different from others so even if you are doing the same thing, its not on the same place.
limp2551 (32) on 26, Jul. 2016 23:09 (HKT)
Ok
Ok , but I like gravity rush more than this game.
e_pedraza_g (517) on 23, Feb. 2016 10:49 (HKT)
A bit dissapointing.
The game has very endearing characters and has a nice contemporary scifi fantasy feel to it, but it lacks in the gameplay department. The 3DS version looks the best. that is not to say graphics are very good, but they certainly look way better than wii U version, which looks like a game cube game.