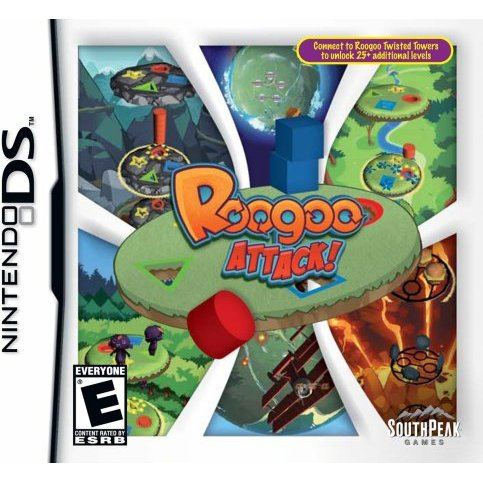 Works on all systems sold worldwide, a correct regional account may be required for online features.
5-15d Expected stock arrival within 5-15 days
Price
US$34.90
Play-Asia.com Return & Refund Policy
Click on a thumbnail to see more pictures for Roogoo Attack

The planet Roo was once a magical, happy place, powered by falling shapes known as Magical Meteors and populated by beings known as the Roogoo. Over time, some Roogoo began to abuse the powers of the Magical Meteors for greed and corruption, devastating the planet and plunging it into darkness. These fallen Roogoo are now known as the Meemoo. Your quest, as Roogoo, is to foil the Meemoo's activities of corruption and restore Planet Roo to its former glory.

Based on the critically-acclaimed Roogoo for Xbox Live Arcade, this game allows you to continue Roogoo's quest to ensure that the Magical Meteors can reach planet Roo and revive it with happiness and joy. But look out - the Meemoos will not let their energy source go without a fight!

Valkyrie Profile: Covenant of the Plume
US$ 34.99

No reviews for Roogoo Attack yet.