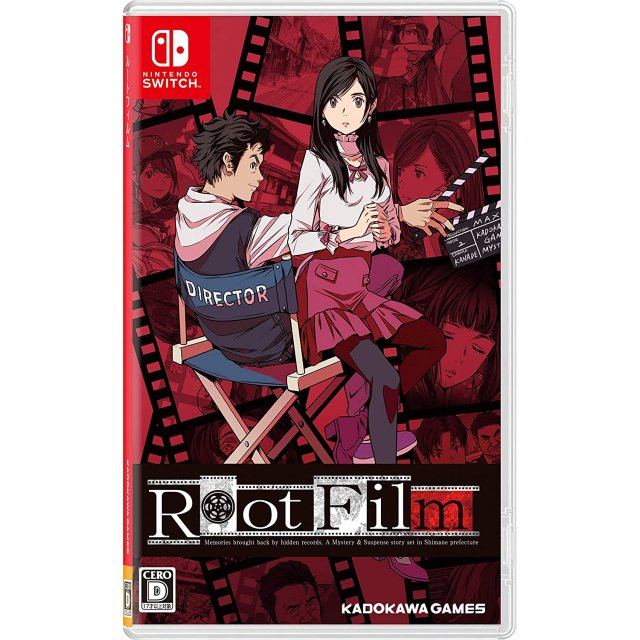 Works on all systems sold worldwide, a correct regional account may be required for online features.
1-5d Expected stock arrival within 1-5 days
Price
US$63.99
Play-Asia.com Return & Refund Policy
Click on a thumbnail to see more pictures for Root Film

The mystery visual novel takes players back to Shimane prefecture, the location of the award-winning Root Letter, entangling them in a new, thrilling murder story.

Root Film is about a TV series, called "Shimane Mystery Drama Project”, which was canceled for an unknown reason 10 years ago. To reboot the project, three teams consisting of a director and an actress have been cast, including 23 year old Rintaro Yagumo, the main character of this story.

His excitement about this amazing opportunity is quickly curbed when a horrible murder interrupts their location scouting process. Follow him and a cast of unique and memorable characters as they are drawn deeper into the thrilling mystery of Root Film.

No reviews for Root Film yet.