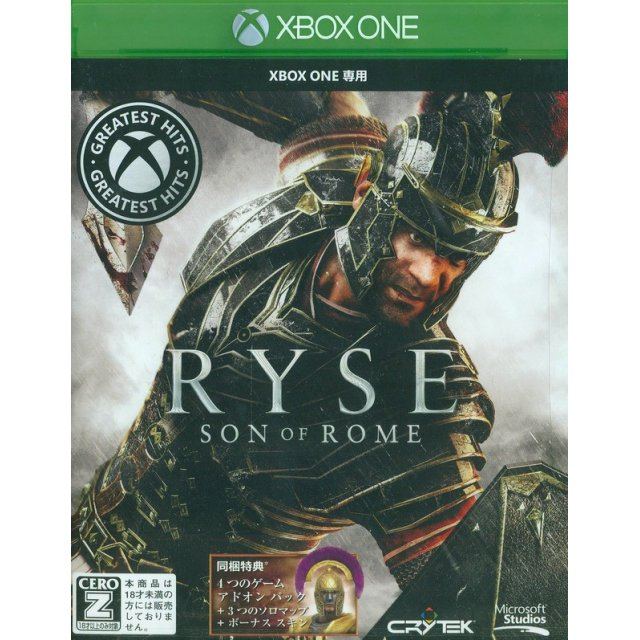 Works on all systems sold worldwide, a correct regional account may be required for online features.
1w Expected stock arrival within 1 week.
US$26.99
Manufacturer
Microsoft
Compatible With Xbox One™ (XONE™)
Version

Rye: Son of Rome transports players in the world of ancient Rome as the mighty Maruis Titus, a Roman general fueled by vengeance and hunger to reclaim the fallen glory of his land. This action-adventure video game that was developed by a German studio, Crytek will be released exclusively for Xbox One.Control Marius and the Roman infantry by giving commands to them as well asquick time eventcontrolled finishing moves during combat. Experience the cinematic feel of battle with visceral detail and enhanced graphical characters. Master combat techniques and choose from over a hundred brutal final executions for foes. Experience first-hand a more immersive game world with CRYEngine 3. Simultaneously control Marius using the controller and his legion through Kinect voice commands. Fight with friends and awaken barbaric instincts with the gladiator arena in co-operative multi-player mode.With an epic tale of revenge spanning an entire lifetime, and a one of kind gameplay experience, Ryse: Son of Rome is sure to make a warrior out of anyone.

If you are familiar with Ryse: Son of Rome (Greatest Hits), why not let others know?