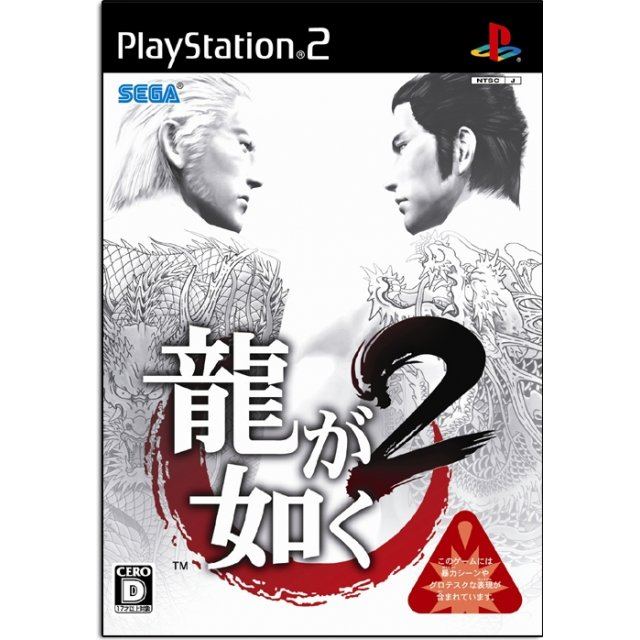 Ryu ga Gotoku 2 (aka. Yakuza 2 outside of Japan) is set one year after the original and takes place in Kamurocho, Osaka and other places in Japan. The sequel begins with an assassination that prompts Kazuma to head south. The game's heroine is Kaoru Sayama, a police officer who's known as the Yakuza Hunter. Her purpose in making contact with Kazuma is currently unknown. Kazuma will also meet up with an Osaka rival, Ryuji Koda, known as the Dragon of the Kansai area. Perhaps the biggest addition to the battle system is the ability to direct your attacks in whatever direction you like. In the original, battles became difficult when you were surrounded by enemies. The sequel lets you select the direction of your next attack, allowing you to finish off an attack in one direction, then begin pounding an opponent behind you.

If you are familiar with Ryu ga Gotoku 2, why not let others know?

ado_jp (1) on 02, Jan. 2007 20:24 (HKT)
Wowww !
This game just roxxx !
You liked the first one ? then you\'ll be mad of this one !
just buy it ! the story is fantastic ! SEGA ! hurry up ! I wanna play the 3 !!
newinjapan2002 (143) on 18, Dec. 2006 00:03 (HKT)
Excellent
This game is even better than the first! Lots more sub-missions, a better combat system (no more 1 directional fighting), and the story is great. There is just so much to do in this game!
Not recommended if you can\'t speak Japanese however, as the game is aimed at an adult audience they don\'t hold back on using difficult Japanese and yakuza terminology.
If you liked the first one you will love this.