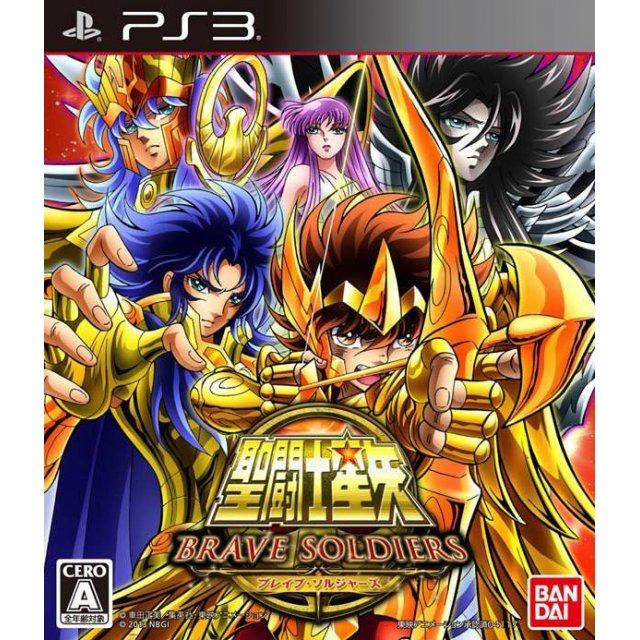 Works on all systems sold worldwide, a correct regional account may be required for online features.
1-5d Expected stock arrival within 1-5 days.
US$34.99
Our previous price:US$ 75.99
You save: US$ 41.00( 54% )
Manufacturer
Bandai Namco Games
1-5d Expected stock arrival within 1-5 days
Price
US$34.99
Our previous price:
US$ 75.99
You save:
US$ 41.00( 54% )
Play-Asia.com Return & Refund Policy
Trustpilot
Trustpilot
Click on a thumbnail to see more pictures for Saint Seiya: Brave Soldiers

Easily one of the most popular Japanese manga and anime series, Saint Seiya finally shines through in a brand new fighting game.

Five mystical warriors have become the Saints, guardians for the reincarnated Goddess Athena as she fends for the world against the ancient Olympian Gods. To the aid of the Saints, each have donned magical armor derived from various stellar constellations; through this, all five band together to wage war against the Gods with the powers of the Cosmos.

Saint Seiya: Brave Soldiers will feature more than 50 Playable characters to battle along the three arcs from the original manga: Sanctuary, Poseidon, and Hades. The Battle System will feature “Light Speed Combo Battle Action” activating Cosmo energy to explode at light speed. The 7th Sense puts players in a Power Up State; risk takers can remove their armor for an extra boost. And when you've mastered all these techniques, explode online via versus and ranking modes.

If you are familiar with Saint Seiya: Brave Soldiers, why not let others know?