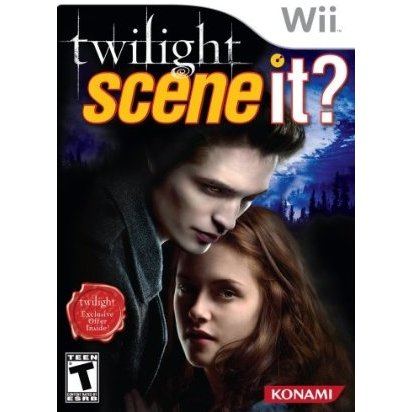 Scene It? Twilight brings the immense universe to your living room, and tests your knowledge and wits! Trivia and Twilight fans alike will love the hours of fun as you challenge friends and family to see whose Twilight knowledge reigns supreme. Scene It? Twilight features all-new questions, movie clips and several challenging puzzle types, giving you a trivia game overflowing with images as well as audio and video clips from the world you know and love.
Free Running allows you to go absolutely anywhere within specially designed environments. You are presented with over 60 unique challenges, within 10 levels, spread over 3 environments; Urban Jungle, Docklands and Inner City. Throughout the game you need to maintain your Flow and Sprint meters and, at the same time, be precise in your timings when you leap, jump, balance and run!

The Wii version, have been enhanced and unique twists added. The physicality of Free Running has been thoroughly captured with the Wiimote and Nunchuk controllers. Flicking, pointing and swinging the controllers at the precise place at the precise time will fully immerse you into the action, drama and suspense, and once you've nailed the timings, performing the tricks and moves becomes second nature.

The game includes 9 different single and multiplayer modes in a completely 3D, free-roaming world allowing you to go anywhere and climb anything. Featuring Free Running creator Sebastian Faucon as well as other top free runners that can be unlocked along with a variety of clothes, music, tricks and moves. Free Running is a unique game that will appeal to extreme and alternative sports fans as well as gamers in general.

If you are familiar with Scene It? Twilight, why not let others know?