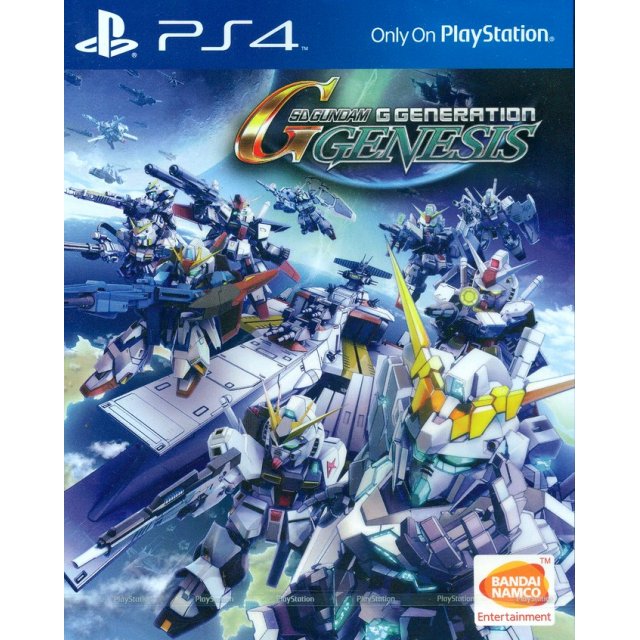 coldice (272) on 01, Jul. 2020 15:10 (HKT)
For the fans of the genre and the license
If you are fan of gundam and lite strategy, then this will be right up your alley.
lefkowia1 (1) on 06, Jun. 2020 23:49 (HKT)
A Real Gundam Experience
Having always heard about these games, I decided to try one out. The feeling of commanding a band of mechanized war machines is enthralling! Really fun to play and so much to collect and unlock!
rgillespie94 (2) on 08, Dec. 2019 00:35 (HKT)
Absolutely Amazing.
This game is a wonderful must-have for any fans of the Universal Century. If you like Gundam, you'll like this. The game isn't the best starting place for new fans (too many options can be a bad thing), but if you're already a fan, you'll love it.
Kyehlar (1) on 20, Feb. 2019 13:15 (HKT)
Universal Century Saga!!
This is my first SD Gundam/Robot Wars game, and I have been having a blast ever since I started playing. Reliving the events of the Universal Century, revisiting older games in a new way, while also creating your own Mobile Suit collection is an experience I didn't know I needed in my life until I started playing this game. I can't wait for the next game in this series so I can relive the other Gundam Universes!!
deviljustin16 (5) on 31, Jan. 2019 11:25 (HKT)
Im loving this game
My first sd gundam game and i cant stop playing it came on time like always and its amazing
1 »