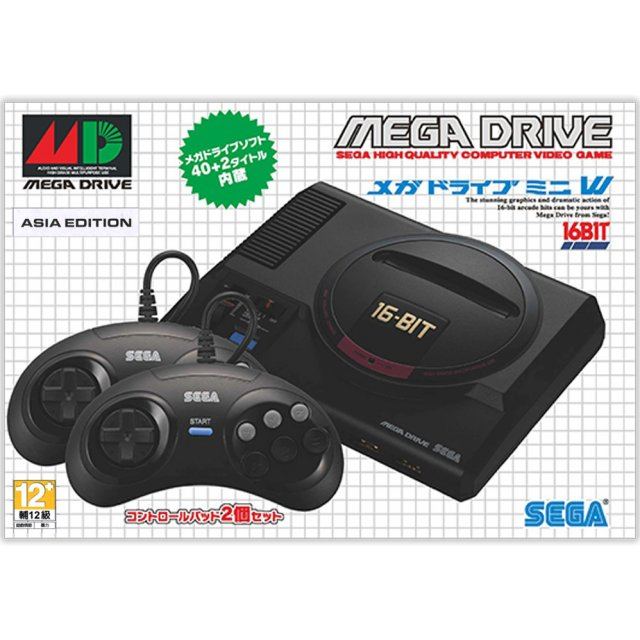 sold Out of print / Out of stock.
Manufacturer
Sega
Version

If you are familiar with SEGA Mega Drive Mini, why not let others know?

pop255 (1) on 06, Feb. 2020 14:58 (HKT)
Asia gets best game list of the 3 launched
Has many classics and has most of the most expensive games in cartridge, great job sega!
lifeofbrian2005 (80) on 10, Dec. 2019 19:59 (HKT)
Must have to have if you want MUSHA
By having this version and the USA version I can play MUSHA. Getting the Asian and USA version gets you the best crossover or titles that came out in the USA and setting the Asian version to ENGLISH gets you the USA versions of those games if they had a USA version. The exclusive titles on this one compliment if you already had a USA version.
Nawell (31) on 06, Nov. 2019 04:22 (HKT)
SEGA does what Nintendid... and better!
Faithful recreation of the original Mega Drive model 1. Nice attention to detail, even the headphones slider moves.

Comes bundle with two 6 button gamepad, at the same price as the Japanese version that only comes with one controller.
This Asia version has the best selection of games. Especially Alien Soldier!

Of all the different regional variants of this mini console, I think this is the one to get.