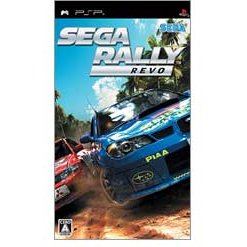 Works on all systems sold worldwide, a correct regional account may be required for online features.
1w Expected stock arrival within 1 week.
US$61.99
Our previous price:US$ 62.90
You save: US$ 0.91( 1% )
Manufacturer
Sega
Rated By Our Customers
Compatible With Sony PSP™ (PSP™)
Version

Works on all systems sold worldwide, a correct regional account may be required for online features.
1w Expected stock arrival within 1 week
Price
US$61.99
Our previous price:
US$ 62.90
You save:
US$ 0.91( 1% )
Play-Asia.com Return & Refund Policy

Dungeon Explorer: Meiyaku no Tobira
US$ 48.99

If you are familiar with SEGA Rally Revo, why not let others know?

For younger players Revo may not appeal when compared to the more visually appealing offerings in the racer market. Even still its a pure arcade racer and competes very well as one. For the older players who enjoyed wasting their pocket money in arcades playing the original Sega Rally this game manages to bring back the memories without looking or feeling dated. This a great rally racer with good controllability and nice long powerslides. The tracks also have their own dynamics and as you run laps the cars wear grooves in the mud on the track and can effect the car at last stages in the race. So having to feel the track as it changes and adopt different racing lines if needed really adds fun to an already fun racer. Well worth considering!
[This review is based on another version of this product]
yuvrajesh (98) on 12, Oct. 2010 02:45 (HKT)
Amazing Greatest Car Game!!
Sega Rally Revo Awesome great gameplay, The graphics and the gameplay is great! Sega rally is a fun racer with many unique features such as terrain deformation to keep things fresh. With the addition of online multiplayer you can always find a challenging opponent.SEGA Rally Revo is certainly an awesome rally game, and possibly the best driving game!!!
1 »