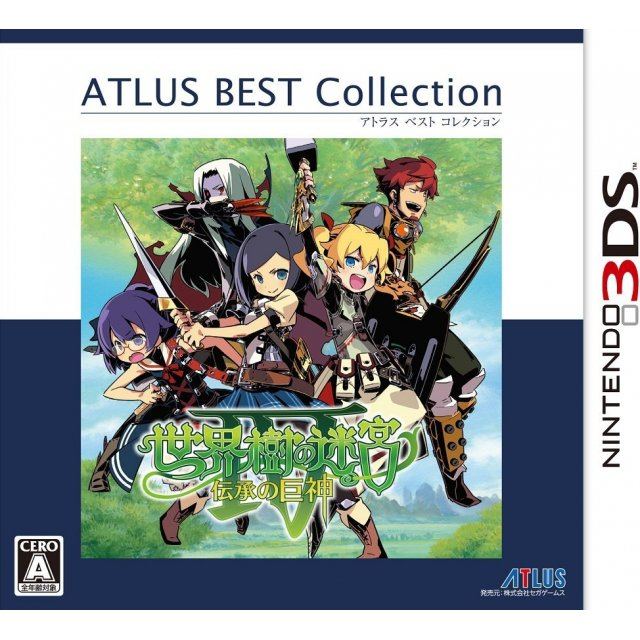 Explore the world in a balloon. Chart your course on the map as you proceed through the jungles and cross the vast seas. Sekaijuu to Meikyuu becomes even bigger and grander. Monster that had been drawn in dot art in the previous instalments are now in 3D, their every snarl and every attack become more threatening. The player immerses fully into the game by creating his or her own character and setting up his or her own team of explorers. Every labyrinth requires a different skill set, recruit a large range of characters into your camp so you can utilize their strengths.

Sekaiju no Meikyuu V Nagaki Shinwa no Hate
US$ 61.99

If you are familiar with Sekaiju no Meikyuu IV: Denshou no Kyojin (Atlus Best Collection), why not let others know?

The fourth game in the series does the series honor. It continues to tweak the basic formula, adds interesting new twists, and yet keeps the basic parts: Challenge and Exploration.

This is not a game you play for half an hour. It is definitely addicting. Give it a try...if you DARE.

For it's still rather difficult, even if you are cowardly enough to take it on in "Casual Mode" (which really just warps you back to town if you die, that's all it does).

For people that played other games in the series:
Differences to earlier Etrians/SQs: Stratums are shorter, but to make up for it, there are now side dungeons, which often have their own unique twists. There is also a kind of overworld, similar to the ocean in EO3 - but this time, it matters. You can only enter a dungeon if you found it on the overworld - and there are, of course, FOEs that guard them fiercely.

Classes are more similar to EO1+2/SQ1+2, but the dual class system is back from EO3/SQ3 as well