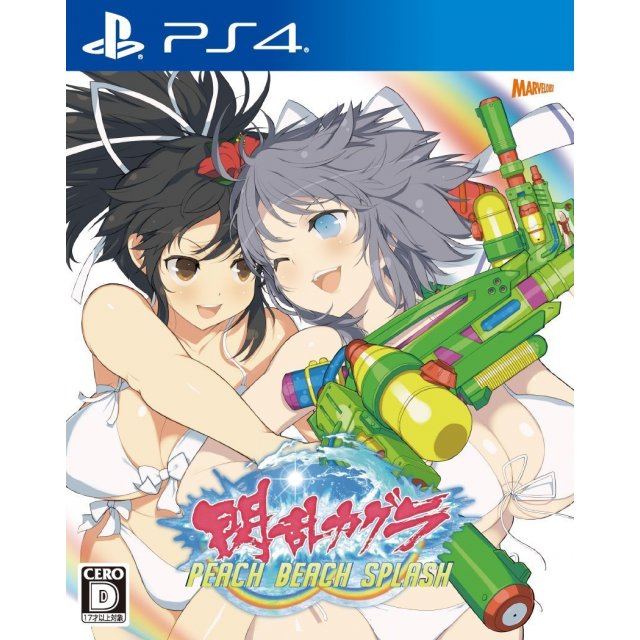 Marvelous
Rated
By Our Customers
Compatible with PlayStation 4™ (PS4™)

If you are familiar with Senran Kagura Peach Beach Splash, why not let others know?

This time you're shooting water guns at your opponents instead of fighting hand to hand, and all girls you expect are here and modelled perfectly.
leon.fofis (34) on 14, May. 2017 21:54 (HKT)
And more fanservice...
Senran Kagura is well known for its gameplay with shinobis and everything... but the fanservice attracts many more players to see...

The gameplay of PBS is fun and interesting, using water guns instead of their shinobi skills is a way to inovate the style of this game.
jamespreen (6) on 10, Apr. 2017 15:49 (HKT)
Superb
Another awesome addition to the Senran Kagura series. Great fun game with awesome graphics. Highly recommended!

As a non japanese player I found it fairly easy to navigate the menu etc, it's just a shame I haven't got a clue what the story is!
ff7ix (5) on 10, Apr. 2017 07:44 (HKT)
Senran Kagura makes a Big SPLASH with PBS!
Senran Kagura went from a 2D style brawler (Burst and Deep Crimson 2) to a more open fight game with Versus and Estival Versus. However just like the refreshing move they made with Bon Appetite (Dekamori), they have struck gold again with Peach Beach Splash!

The roster is massive with it expanding from DLC now and to come. There are at least 10 water guns that I know of and each is unique in their own way so you have to get a feel for what you use. Also having a water jet pack makes movement fun but at the same time keeps you reloading quickly! :-)

Characters can be leveled up besides buff cards and pets. You can even do a signature style of attack such as Yagyu (she rules!) with her umbrella.

I have played some of the story (Hanzo and Crimson Squad) and the V-cup (a series of 5 rounds or so and than you can progress to the next cup). The story is not long for each group but you can change the difficulty as you like. I like the ability to customize your characters from their looks but to their lay out of supporting cards, pets and weapon.

The game looks great to me visually and there is little to no learning curve so really about anyone can pick up this game and start soaking away!

The game moves smoothly and it doesn't seem broken in anyway with anything looking OP as I can see. Also I find myself having more fun with this game unlike other 3rd person shooters where I tend to rage a little.

Fan service is back and I personally think replay value is high in order to collect high star cards, and level up your characters as well as pet/buff cards.

I don't know Japanese very well but I know FUN and that is what this game is....FUN!
1 »