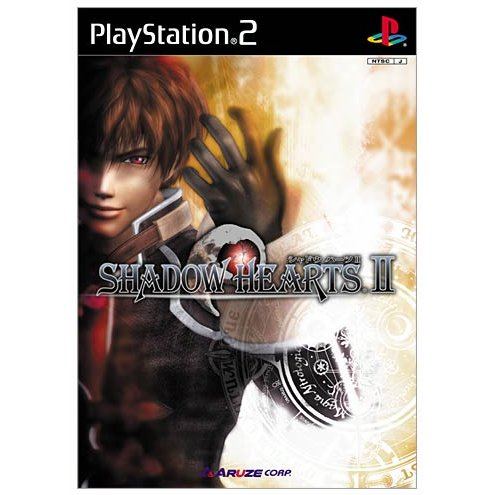 Aruze
Compatible with PlayStation 2™ (PS2™)
For JPN/Asian systems only.

Shadow Hearts II is set in 1915 in a World War I era France. Demons and oddly costumed characters populate the cast of this interesting looking RPG.

If you are familiar with Shadow Hearts II, why not let others know?

andytao (8) on 26, Apr. 2004 01:36 (HKT)
Superb!!!!!!!
This far surpasses the original Shadow Heats(which was quite good) and any \'big name\' RPGs made within the last 2 years!!
Azure took their visuals to the next level, enhanced the battle system with enjoyable elements such as the combo system, add to that nicely music and a full cast of well known VAs to act out a moving story that follows on the original Shadow Hearts, this IMO is one of the best and the most unique game i have played for the past few years.
The game has a lot of dark humour which made it that much more interesting to play through the well scripted scenes and story.
SH2 is directly related to SH1, so gamers should play SH1 beforeSH2 if they haven\'t played it before.

All in all this is a MUST play for RPG players, forget Square Enix!! This game is better than most of what they offered us for the past few years!

Azure earned my respect with their Shadow Hearts series, and this sequal has surpassed a lot of people\'s expectations. Play it and you will see why its been highly rated by a lot of gamers.