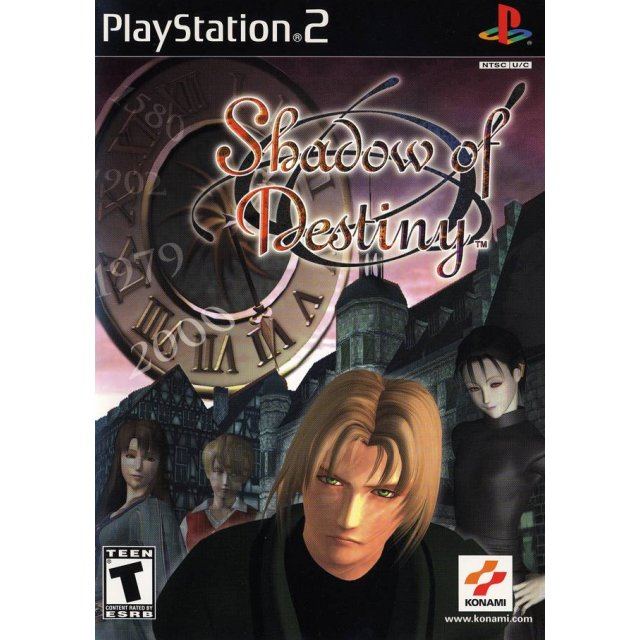 A murder has been committed...your own! Travel back in time to solve thought-provoking puzzles as you unravel the mystery of you death. See how your actions in the past change the course of events in the future. You have the power to prevent your death, identify your killer, and change your own destiny. Use it wisely.

If you are familiar with Shadow of Destiny, why not let others know?

The idea of the game is to constantly preventing yourself from dieing by using magical Z-Pad device that let's you go back in time to change thing's. While doing this Eike's other goal is to find out who is the culprit that tries to kill him. Story take's place on four different timeline's which are present day (2001), 20 year's earlier , 100 years earlier and 500 years ago (Medieval age)

All the time traveling happen's in the same small town that you start with so don't expect to see major difference's between timeline's.

The game's story itself is pretty linear and if you are expecting to thing's that you do in the pass to make major difference on the present you are going to be dissapointed. There is only one or two way's usually do thing's.

Still if you can get pass that the game will entertain you the short moment that it last. I was personally able to complete the game in 2 hours without quide so the game is short but there is some exploration to you do and few side quest's that affect ending. Yes, there is five different ending's (plus 3 bonus ending's) so if you want to see them all you are getting more hours from the game.

On the technical side the game is okay. Control's are great so you are getting frustrated by camera or anything like that. Graphic's aren't great but the game look's smooth which was all that i wanted.