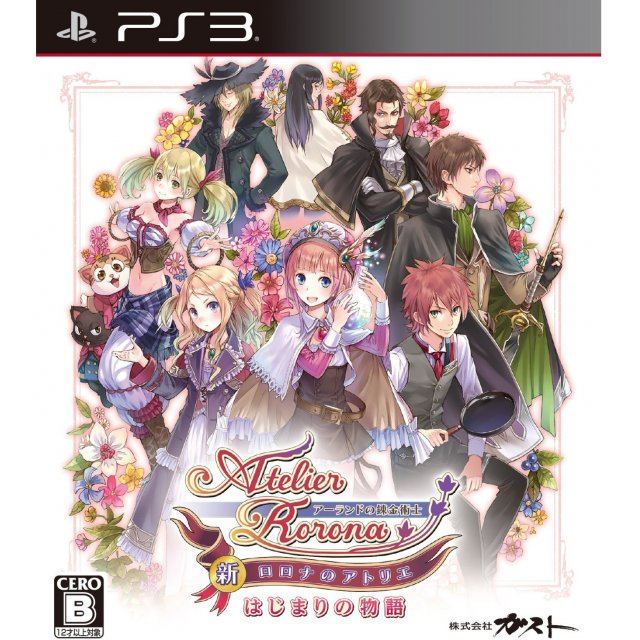 Works on all systems sold worldwide, a correct regional account may be required for online features.
1w Expected stock arrival within 1 week.
US$39.99
Our previous price:US$ 66.99
You save: US$ 27.00( 40% )
Manufacturer
Gust
Compatible With PlayStation 3™ (PS3™)
Version

Works on all systems sold worldwide, a correct regional account may be required for online features.
1w Expected stock arrival within 1 week
Price
US$39.99
Our previous price:
US$ 66.99
You save:
US$ 27.00( 40% )
Play-Asia.com Return & Refund Policy
Click on a thumbnail to see more pictures for Shin Atelier Rorona: Hajimari no Monogatari ~ The Alchemist of Arland ~

Atelier Totori: Alchemist of Arland 2 [Playstation 3 the Best Version]
US$ 43.99

Atelier Escha & Logy: Tasogare no Sora no Renkin Jutsushi
US$ 38.99

[This review is based on another version of this product]
cupcake (36) on 29, Mar. 2015 16:53 (HKT)
perfect
Alchemist serial are always great and fit on psvita.
[This review is based on another version of this product]
Eiden (3) on 04, Jan. 2015 19:55 (HKT)
Should not be overlooked by Vita owners
Shin Atelier Rorona is a remake of the original Atelier Rorona that appeared on the PS3, and a fantastic one at that. The character models in particular have undergone a much-needed transformation that makes them look more in line with their portrait art, and the alchemy and battle systems have been upgraded to resemble later games in the series.
This is probably not the game for you if you are looking for a sweeping, grand narrative of the sorts that JRPGs often provide, as it instead focuses on the more personal stories of the main character and the people she meets while trying to save her atelier from closure. Thus, getting the most out of the plot will involve pursuing each of the character endings (which can be done in one playthrough). If you're a fan of "slice of life" anime, then chances are you'll like Atelier Rorona.
The game is also friendly for those with a relatively limited knowledge of Japanese because of the frequently mundane topics of conversation, however being proficient with a dictionary will be important for figuring out quest requirements and item effects. Overall it isn't a bad choice of study aid for someone with a few years of experience under their belt.
Lastly, this version is highly recommended over the original version due to the updated art and systems, and the inclusion of a character who was previously sold as DLC.