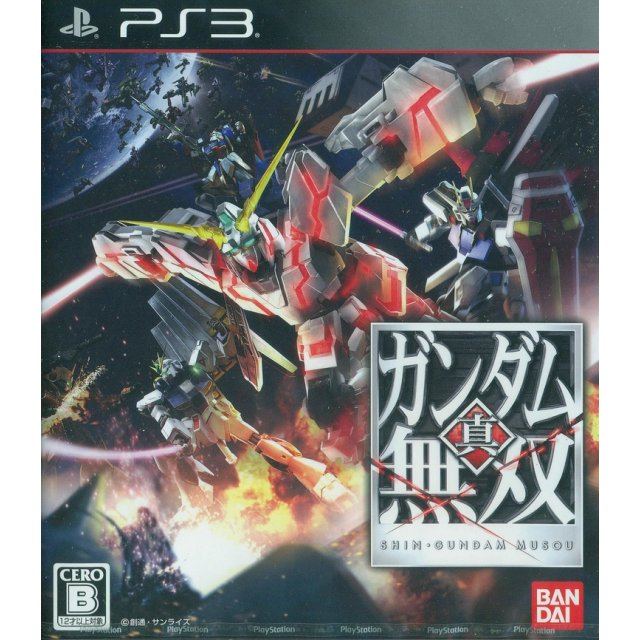 Though on the PS3, it should be mentioned for Gundam fans thatShin Gundam Musou,the sequel toGundam Musou,is the first ever Gundam title released for the Vita. And like all the Musou games, players can expect the exciting and addicting style of gameplay wherein it's one versus a million!

And speaking of a million, featured inShin Gundam Musouare many of the anime series staples; making strong appearances in this game are characters from SEED, SEED DESTINY and Unicorn as these are the new arcs meant for dramatization in Official Mode. Previous returning arcs such as Z and OO will have morecharacters and cutscenes as compared to previous titles. As well, footage from the original anime will be spliced throughout the game!

For gameplay changes, the addition of the "Burst System" makes for great replay value; depending on which pilot is selected for a Mobile Suit, different stats and abilities will reveal themselves. As well, what was once known as a Partner Strikes have been renamed "Combination Burst," and this can be done in tandem with summoned support from warships. Furthermore, space combat makes a comeback, and ace pilots can move their bases around for added strategic value.

With a plethora of features -new and old as well as the appeal of realistic looking Mobile Suits,Shin Gundam Musouis looking to be a solid entry in the Musou genre.

If you are familiar with Shin Gundam Musou, why not let others know?

[This review is based on another version of this product]
GX6000 (123) on 02, Mar. 2014 17:28 (HKT)
Great Musou game!
Shin Gundam Musou features classic story line events from the first Gundam as well as modern series such as Gundam Seed Destiny. The fighting is great with new mobiles suits and the ability to use mobile armors are great though they are slow and boring. Still its a must have for all gundam fans and musou fans!
drunkirby18 (7) on 02, Mar. 2014 09:00 (HKT)
It's gundam dammit!
I don't care what they said this game Is great.
joyceboey (2) on 21, Feb. 2014 23:08 (HKT)
Enjoyable
Mindless hack N slash fun, with the new Mobile suits such as Banshee and mass destruction with the huge Mobile suits such as Destroy.
SavageWolf (2) on 05, Feb. 2014 09:48 (HKT)
A little Rant.
I didn't received my package yet, It's been 21 or 22 days? Silly me, for selecting it Free shipping only instead of a fast Package. After watching the PV, it got me tempted to buy it. I must say, the price was kinda expensive for my region price, which was singapore. A must buy for gundam fans, Don't always choose the C.E, play UC Character too! If not you aren't a real gundam fan. Consider, seed fans are really not a gundam fan at all.
ryu000062 (2) on 18, Jan. 2014 08:24 (HKT)
Awesome
Great game, love the music, I think this is a really done well. I like the changes that they made. what more is there to say. Recommended.
1 »