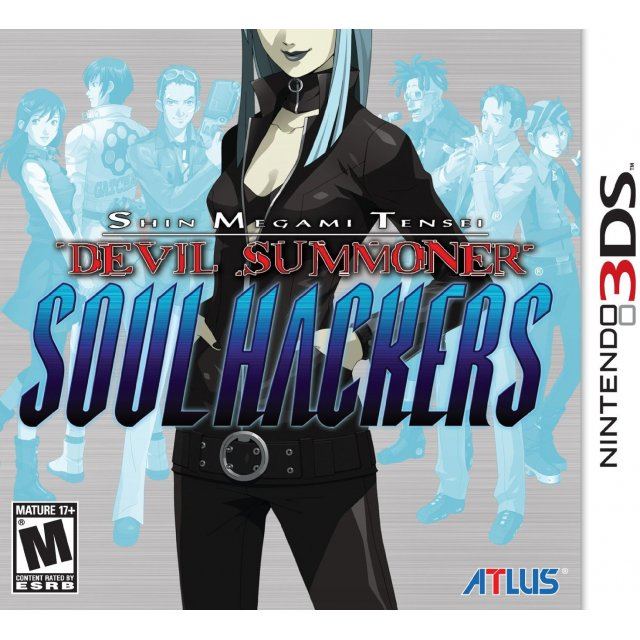 Never before released in North America, this long-awaited entry in the acclaimed Devil Summoner series takes players into a future in which technology and otherworldly forces meet in a macabre fusion of cyberpunk futurism and gothic horror. A first-person sci-fi RPG epic, Soul Hackers tells of a city held up as a beacon of humanity's triumph of technology, but with an infernal secret. In this would-be utopia, a group of hackers takes on a centuries-old mystic society, and a battle for control over humanity’s fate is about to begin...

If you are familiar with Shin Megami Tensei: Devil Summoner - Soul Hackers, why not let others know?

Eldariooon (90) on 20, Mar. 2018 21:38 (HKT)
Cyberpunk, demons, what's not to like?
Soul Hackers is not a full-on remake, and more of a re-release. But you know what? Considering how well the game holds up even today, that's ok. Soul Hackers may have a number of antiquated principles and mechanics, but none of them are unprecedented or that difficult to deal with. So long as you're willing to put up with a bit of age, you'll be diving into one of the most accessible and enjoyable Shin Megami Tensei games in the series.
kwunrean (11) on 15, Mar. 2016 15:40 (HKT)
Good games
Play it
Come! (15) on 28, Jun. 2014 02:57 (HKT)
Kinda dated, but still amazing
Even though you can feel the dated elements, such as the graphics style, combat, etc. the plot and characters are worth it.
[This review is based on another version of this product]
keiji_nanjo (67) on 10, Nov. 2012 18:07 (HKT)
An Atlus gem worth getting a JP Region 3DS for...
Soul Hackers was the only game in the Devil Summoner series that I wasn't able to play due to not owning a Sega Saturn, the only console it was initially released in. The 3DS makes it finally accessible, and the dungeon rendering in 3D first-person view really immerses you in the exploration.

Not requiring touch screen usage was also a plus, since RPGs live or die by how the controls run the pace of the game.

Since Atlus USA never localized the PSP remake of the first Devil Summoner, it's unlikely that they will touch this one either. If you simply MUST experience this game, start learning the lingo (or use a guide) and get a compatible 3DS for it.
[This review is based on another version of this product]
frumply (48) on 18, Sep. 2012 15:58 (HKT)
Soul Hackers
Was surprised to hear this announced. The conversion isn't perfect, but I enjoyed the opportunity to play a masterpiece from Atlus' library.
1 »