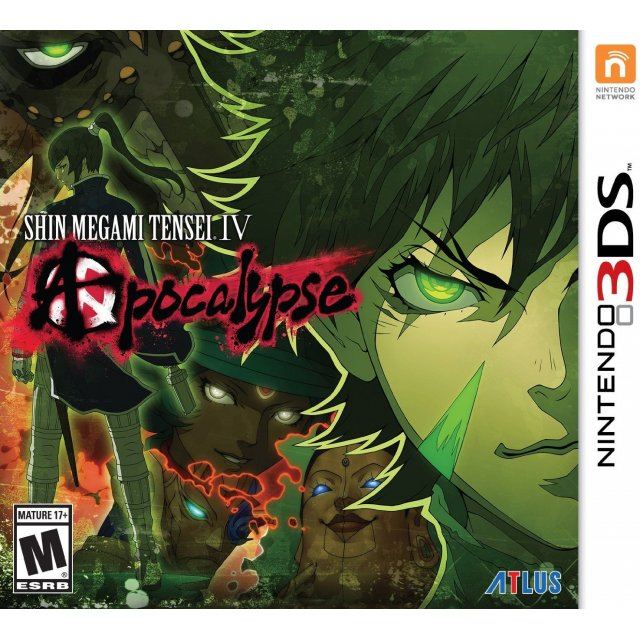 The story of Shin Megami Tensei IV: Apocalypse depicts the remnants of Tokyo, ravaged by a catastrophe. Demons and humans co-exist, but in this state, the remnants of humankind are just a prize being fought over by the higher deities. One lone Hunter, the game’s protagonist, meets an early demise and through a pact with a lesser god, is brought back to life in exchange for his pledge of servitude. From there, the protagonist allies with other Hunters in the ruins of post-apocalyptic Tokyo beginning a plot that crosses over with the events of the original Shin Megami Tensei IV.

xfxmrl (7) on 27, Jul. 2018 20:31 (HKT)
Now we have two
I played SMT 4 at least 5 times, spent close to 300 hours in it and I think it is the best one in the series. But I always thought "Will there be another game, as cool as this?", seems like Atlus had similar thoughts, and now we have Apocalypse, and I can't be more happy now.
Eldariooon (89) on 09, Mar. 2018 19:41 (HKT)
As an RPG sequel, Shin Megami Tensei IV: Apocalypse is just about perfect. It lets players revisit a familiar world from a new perspective, keeps what made the original so special, and adds in several small but significant mechanical improvements that make for a smoother, better game throughout.
Everything about Apocalypse looks, feels, and sounds great; the excellent soundtrack works to enhance the feelings of exploration in a darkened, destroyed world. Your demonic servants roar, cry, and yell in the heat of battle, making combat feel more lively and risky than ever before. All of the gameplay additions improve elements where the original Shin Megami Tensei IV was lacking.
suikogarden (35) on 21, Dec. 2017 17:26 (HKT)
Finally!
I have been wanting to buy this game for some time it's too expensive because of currency exchange. But the other day I saw the price was discounted. So, carpe diem.
shirousagi (62) on 18, Aug. 2017 15:27 (HKT)
A great rpg
With a very good story, a combat system by turn and multiple endings, and everything a rpg fan wants
monalisa.guria (1) on 30, Mar. 2017 23:25 (HKT)
'Too much friendship'
Gameplay wise its an amazing like all other SMT games are, but the story had too much friendship for my liking.. Maybe cause I was expecting something like SMT nocturne and got persona 4 !!
1 »