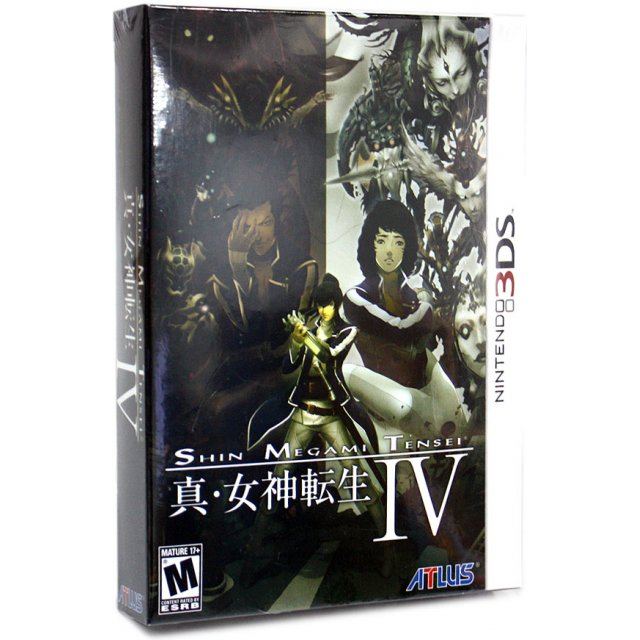 sold Out of print / Out of stock.
Please take note that, once purchased, this item must be paid immediately and cannot be cancelled or returned.
Manufacturer
Atlus
Rated By Our Customers
Compatible With Nintendo 3DS™ (3DS)
Version

In 1492, the Eastern Kingdom of Mikado is protected by high walls, with the castle and its king at the center. A young warrior, 18 years old, has just been chosen to become a Samurai, one who, with the aid of a special tool called a Gauntlet, will serve as a secret protector of the city. It is the duty of the Samurai to exterminate a demon threat of which its citizens are unaware. However, the situation is not as simple as human versus demon. There are factions within the human group that must be discovered and understood in order for alliances to be formed, paths set, and the destiny of the world decided.

If you are familiar with Shin Megami Tensei IV (Limited Edition Box Set), why not let others know?

jake_09valencor (22) on 27, Mar. 2014 13:32 (HKT)
Awesome !
Finally the next Megaten ! As a hardcore player of the Megaten series, this game certainly DELIVERS
cFrog (1) on 05, Mar. 2014 12:48 (HKT)
Excelent Game
I see no flaws so far in the game, is an great addition to the saga. The Stategy guide is incredible. I haven't tried the CD so I can't say nothing bout that.
onizero (80) on 19, Feb. 2014 14:20 (HKT)
awesome collection!
the game looks really good and even though im not a season SMT player im loving it! thanks PA!
Lord Kite (110) on 19, Feb. 2014 12:43 (HKT)
Excelent game!!
The essence of Shin Megami Tensei is still present in the general approach of the adventure. The world suffers a terrible incident that catapult him towards extinction, resulting in a drastic change in the environment. A cheerful and colorful world is passed to another dark, full of monstrous creatures. Usually, the series puts the player in the shoes of elected to bring clarity to the shade, an aspect that is repeated in this release. One element that has characterized the series is being able to change the course of events in the light of decisions taken in game, something that has been heavily exploited in person. This also extends the option to change the clothes of the protagonist, another aspect that is glimpsed in the trailer offered.
fenian_121 (1) on 16, Feb. 2014 04:58 (HKT)
Definitely worth the purchase
If you have played previous entries in the series or are simply looking for a hardcore unconventional JRPG, this is the game for you.
1 »