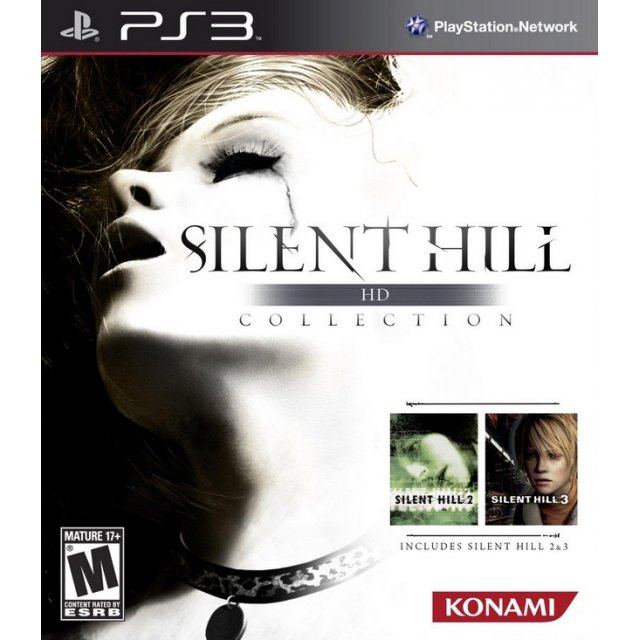 Works on all systems sold worldwide, a correct regional account may be required for online features.
24h In stock, usually ships within 24hrs.
US$32.99
Our previous price:US$ 34.99
You save: US$ 2.00( 6% )
Manufacturer
Konami
Rated By Our Customers
Compatible With PlayStation 3™ (PS3™)
Version

Works on all systems sold worldwide, a correct regional account may be required for online features.
24h In stock, usually ships within 24hrs
Price
US$32.99
Our previous price:
US$ 34.99
You save:
US$ 2.00( 6% )
Play-Asia.com Return & Refund Policy
Trustpilot
Trustpilot
Click on a thumbnail to see more pictures for Silent Hill HD Collection

Silent Hill Re-Mastered Collection combines two classic spine-chilling Silent Hill titles from the past and brings them to the PlayStation 3 for the first time ever. Introducing Silent Hill 2 and Silent Hill 3 with enhancements including true high-definition graphics, this offering gives new fans and old fans the opportunity to experience the early era of Silent Hill as a true genre-defining experience with the added value of two games.Silent Hill 2 follows the sad story of James Sunderland as he woefully enters the sleepy town by a mysterious letter from his deceased wife. Seeking the chance to see her again beckoned by guilt and remorse, he stumbles upon his these fears manifested through unseen evil and ominous characters leading him to the asylum of another world. The fight against the truth that his wife has died, James must escape the lumbering demon Red Pyramid (a.k.a Pyramid Head) along with his mystified fears that have taken the form of living monsters within the haze that is Silent Hill.Serving as a sequel to the original Silent Hill game, Silent Hill 3 centers on the forces of the demonic cult that spreads the insanity of the otherworld through Claudia, a cult member attempting to bring Harry Mason’s daughter, Heather, into Silent Hill. With a subplot and themes involving the loss of innocence and childhood, a web of intrigue is spun by Claudia with intentions to birth a new god.

If you are familiar with Silent Hill HD Collection, why not let others know?