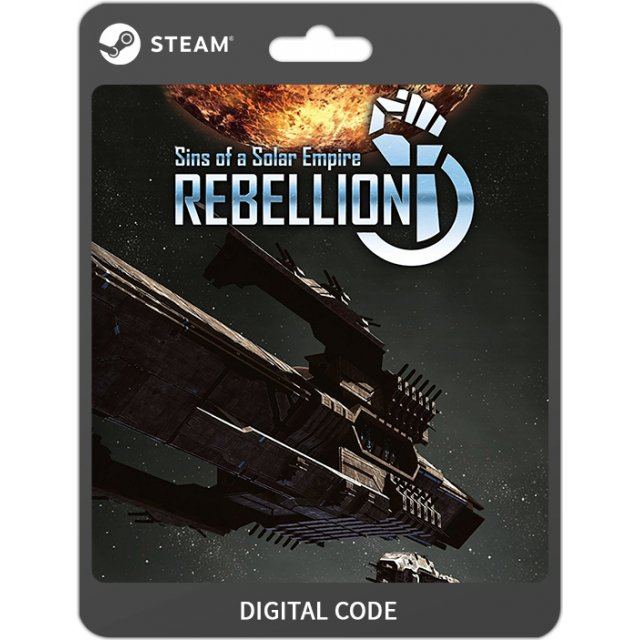 Region Free
This item will deliver instantly in your account. Some orders may be subject to verification by SMS or Voice which may cause delays.
US$3.72
Manufacturer
Stardock
Compatible With Windows™ (PC)
Version

Region Free
Price
US$3.72
Play-Asia.com Return & Refund Policy
Click on a thumbnail to see more pictures for Sins of a Solar Empire: Rebellion

Take the battle for galactic supremacy to its ultimate level in Sins of a Solar Empire: Rebellion - a game that combines the tactics of real-time strategy with the depth of the 4X genre (eXplore, eXpand, eXploit, eXterminate).

No reviews for Sins of a Solar Empire: Rebellion yet.