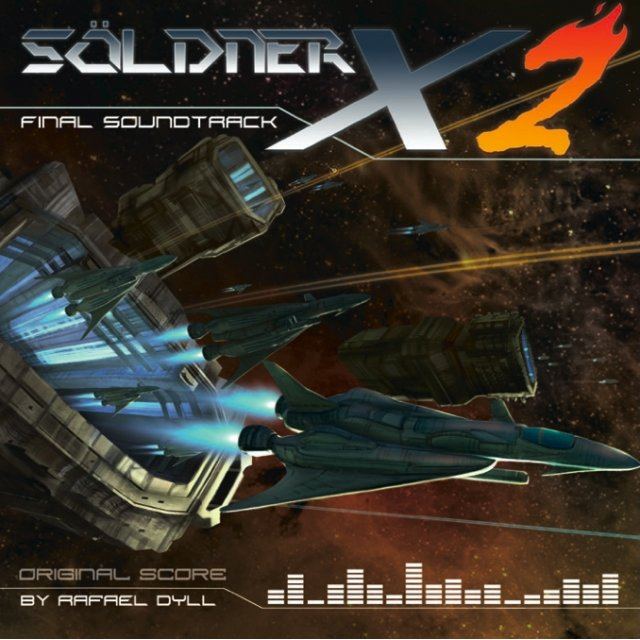 For the soundtrack of the sequel to the action hit "Söldner-X: Himmelsstürmer", Rafael Dyll has returned to the studio to compose, arrange and produce high energy electronic hymnes, inspired by classic soundtracks from the golden shooter days. The 28 completely new music tracks featured in "Söldner-X 2: The Final Soundtrack" ignite new hooklines, placing symphonic elements amidst wholly new soundscapes and sporadically even returning to the melodies that made the original game's soundtrack so memorable.Recorded and produced in Germany, mastered at Popmusic.dk studio in Copenhagen, the new CD features all tracks found in the PlayStation®3 game "Söldner-X: Final Prototype" and features CD TEXT support, displaying track list information on compatible players. This Audio CD can also be played on any other standard compact disc player.

If you are familiar with Söldner-X 2: Final Soundtrack, why not let others know?