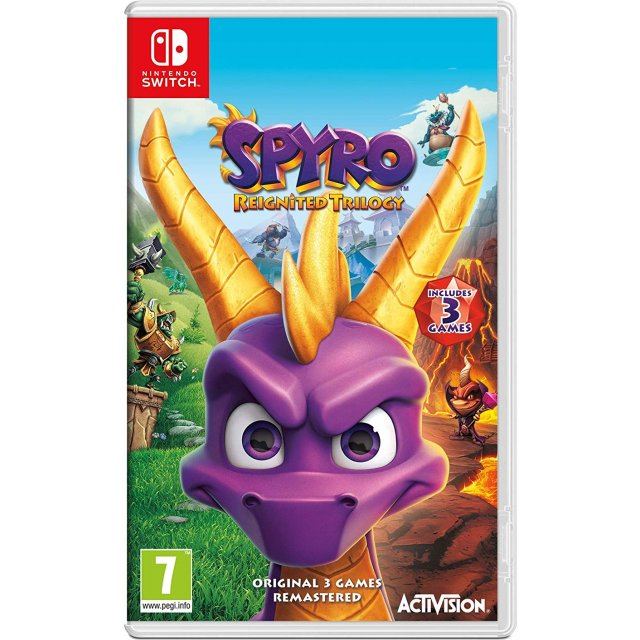 Works on all systems sold worldwide, a correct regional account may be required for online features.
1-2w Expected stock arrival within 1-2 weeks
Price
US$39.99
Play-Asia.com Return & Refund Policy
Click on a thumbnail to see more pictures for Spyro Reignited Trilogy

Spyro's back and he's all scaled up! Same sick burns, same smoldering attitude, now all scaled up in stunning HD. Spyro is bringing the heat like never before in the Spyro™ Reignited Trilogy game collection. Rekindle the fire with the original three games, Spyro™ the Dragon, Spyro™ 2: Ripto's Rage! and Spyro™: Year of the Dragon. Explore the expansive realms, re-encounter the fiery personalities and relive the adventure in fully remastered glory. Because when there’s a realm that needs saving, there’s only one dragon to call.

Yooka-Laylee and the Impossible Lair
US$ 31.99

No reviews for Spyro Reignited Trilogy yet.